He was required to hand over his passport when he was released on bail in the Estina matter, but it has transpired that he travelled abroad. 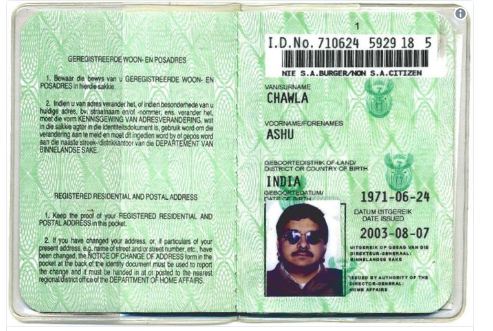 The absence of Gupta family lieutenant Ashu Chawla from the hearings on the naturalisation of some members of the Gupta family raised eyebrows when it was revealed he may be in India, despite being required to hand over his passport when he was released on bail in the Estina matter.

“The information I received this morning is that Mr Chawla is in India until the end of November,” portfolio committee on home affairs chairperson Hlomani Chauke said at the outset of day two of the hearings. “This information came via his lawyer.”

Chauke said the committee would “deal with the details around that particular arrangement” and noted Chawla was “very central” to the matter at hand and a “most key witness”.

Acting home affairs director-general Thulani Mavuso and deputy director Richard Sikakane were flayed by Chauke for not sticking to the facts about who had appealed for early naturalisation.

“Who is Oakbay? Have you checked that? Who are the directors? Is Chawla a member of the family? He says as a family, he does not exclude himself. He writes a letter, in that letter it’s no longer all family members, Shivan Gupta is not there, Ajay Gupta is not there anymore, it’s now three people applying,” Chauke peppered Mavuso and Sikakane.

“What due diligence have you done as home affairs?”