SA ambassador to Israel sneaks back into Tel Aviv

The Times of Israel said Israel’s foreign ministry had confirmed that SA ambassador Sisa Ngombane had returned 'a few days ago'. 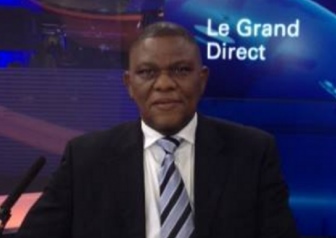 The department of international relations and cooperation refused to comment on the reportedly “silent” return of the South African ambassador to Israel after his dramatic recall earlier this year in protest at the Israeli army’s killings on the Gaza border.

Israel came under international scrutiny after dozens of civilians, including children, died at the hands of Israeli soldiers when, after weeks of protests, they opened fired on Palestinian civilians and political group Hamas.

The Times of Israel said Israel’s foreign ministry had confirmed that SA ambassador Sisa Ngombane had returned “a few days ago”.

As the newspaper pointed out, only two months ago Minister Lindiwe Sisulu announced Ngombane would not return to Israel until there had been progress in resolving the ongoing conflict between Palestinians and Israelis.

Numerous requests for comment from the minister and the department of international relations elicited no response today.

Department spokesperson Clayson Monyela referred questions to ministerial spokesperson Ndivhuwo Mabaya. The latter was not available on his cellphone and dropped The Citizen’s calls after requests were sent to him via text message.

The Democratic Alliance, welcomed the move.

The party’s shadow minister for international relations, Stevens Mokgalapa, said: “It’s the logical thing to do. We support a two-state solution and a return to dialogue to end the violence.

“SA and Israel enjoy good bilateral relations and this will ensure these continue while finding a lasting solution.”

According to Times of Israel, SA’s embassy there said Ngombane “has returned to Tel Aviv”.

The EFF condemned the decision.

Spokesperson Mbuyiseni Ndlozi said in a statement the decision to recall the South Africa’s ambassador should have been followed by a complete shutdown of South Africa’s mission to Israel.

“Israel is an apartheid state that subjects Palestinians to mass murder each year. They are engaged in a permanent crime against the humanity of Palestinians in both Gaza and West Bank.

“All peace and freedom-loving countries in the world should isolate Israel through boycott, divestment and sanctions until they end their illegal and criminal occupation of Palestinian lands.

“The ANC government has once more shown its disregard of human rights. They have turned their back on an important legacy that actually made our own freedom possible; which is international solitary through boycotts.”