Clashes between police and protesters escalated when residents began burning tyres and stoking the flames with flammable liquids on Friday. 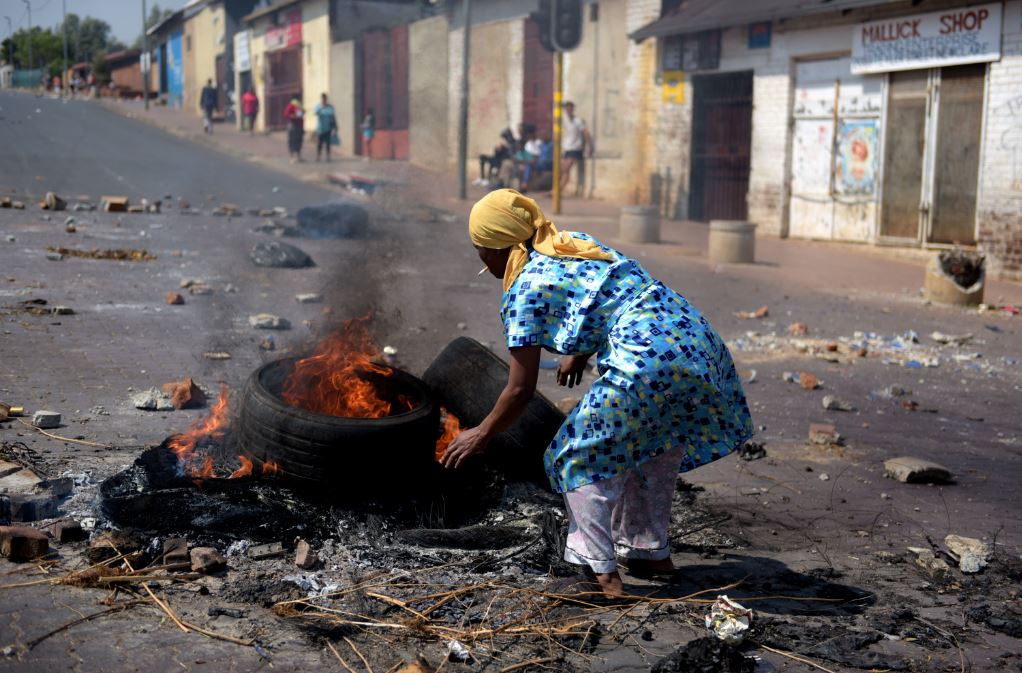 Residents including children as young as 4 years old of Westbury block roads into the area following the killing of a woman yesterday in an alleged gang related incident, 28 September 2018. Picture: Tracy Lee Stark

The Johannesburg Metro Police Department (JMPD) will maintain a strong presence in Westbury today as residents threatened to continue protesting.

On Friday, violence erupted during an anticrime protest over the death of a woman caught in the crossfire of a drive-by shootout between rival gangs.

Two suspects were arrested, but residents want more to be done.

Last week, they called on government to investigate Sophiatown police officers who, they claimed, were not dealing with crime because they were being bribed.

“We will deploy a large number of metro police officers,” he said.

On Friday, motorists were unable to access parts of Fuel Road, the intersection of Main Road and Perth, and Hoy Street.

Clashes between police and protesters escalated when residents began burning tyres and stoking the flames with flammable liquids on Friday.

Five people, including a 68-year-old woman, were hit by rubber bullets fired by the SA Police Service (SAPS).

Four gangs are known to operate in the poverty-stricken area amid a well-documented drug underworld.

Drug turf wars in September last year led to the deaths of four people in a week.

Several shoot-outs have been reported since the beginning of this year, but last week residents demanded that government investigate the suspected complicity of police with those responsible for the ongoing violence.

Joseph Martin*, who grew up there, said many residents suspected several police officers were being bribed by drug dealers to turn a blind eye, prolonging the drug kingpins’ reign.

Westbury was not among Gauteng’s top 10 worst suburbs for violent crimes, such as murder, this year, but Martin believed some police stations lied about the crime statistics.

However, Gauteng SAPS spokesperson Colonel Lungelo Dlamini said it was impossible to tweak crime statistics as the data went through a rigorous auditing process overseen by national government.

Martin said Westbury was being run by drug dealers, not gangs.

The violence was fuelled by the increasing power of drug kingpins and their influence over some police officers.

Community safety MEC Sizakele Nkosi-Malobane has raised concerns about the capacity of police stations in the province to deal with crime after it was revealed that nearly half of reported crimes took place in just 40 police precincts.

*Not the man’s real name.

1,200 people arrested in Gauteng during weekend police operations
19 hours ago
19 hours ago

1,200 people arrested in Gauteng during weekend police operations
19 hours ago
19 hours ago