A manhunt is currently underway for suspects who killed the officers in their vehicle in Soweto last week. 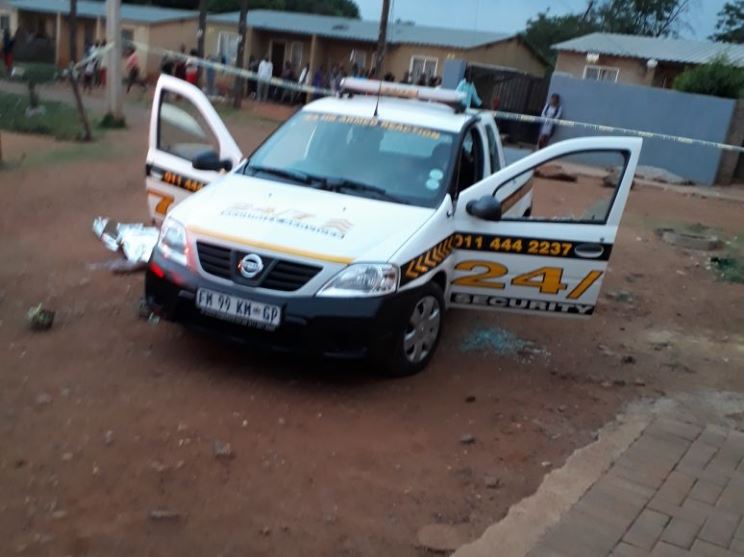 The security vehicle where the officers were seated at the time of the incident.

According to police, the two reaction officers, one aged 48 and the other’s age still to be confirmed, were employed by 24/7 Reaction Security company. They were allegedly confronted by two unknown armed suspects while they were seated inside a branded company vehicle, a Nissan NP200 light delivery vehicle.

The unknown suspects opened fire, hitting both the reaction officers in the back of the head and on the side of the face before robbing them of a firearm.

A video of the incident has been trending on social media and the two victims were unfortunately certified as dead on the scene.

A murder case has been opened for further police investigations.

Police are appealing to eyewitnesses to come forward with any information that could lead to the successful apprehension of the suspects.

Residents are warned not to try and confront the suspects as they are armed and dangerous. The public is encouraged to contact Crime Stop on 08600 10111, or by sending a detailed SMS to the crime line on 32211.

Readers are urged to refrain from sharing the video of the shooting that has been circulating on social media for ethical reasons and in respect of the deceased’s families.