Ramaphosa will be cleaning out more of the Zuma detritus

While they have been mounting a spirited defence, with every passing week the former president's loyalists are on shakier ground. 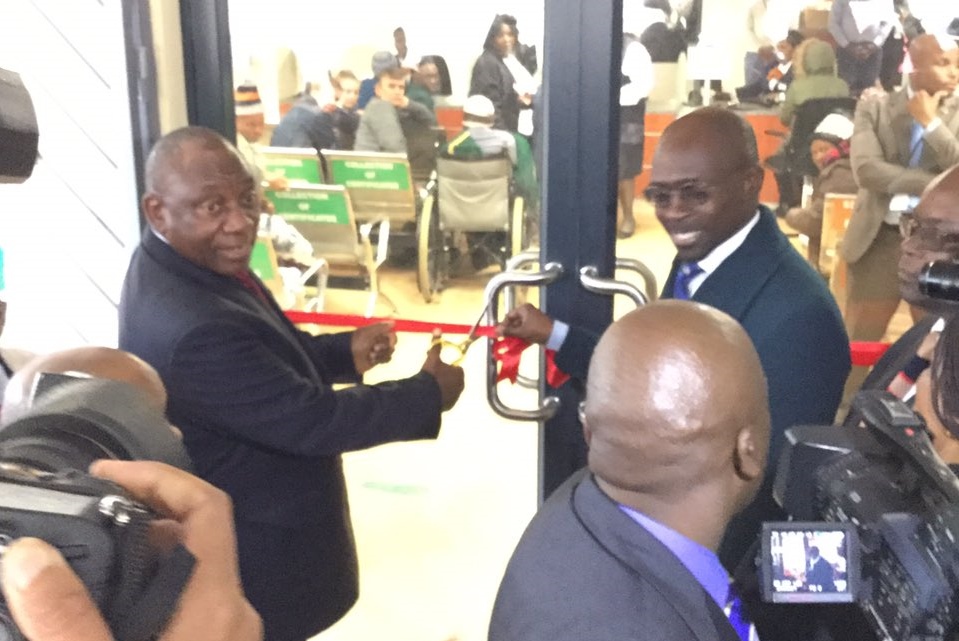 As the sudden fall of Tom Moyane still reverberated ahead of a crucial ANC national executive meeting (NEC) this weekend, President Cyril Ramaphosa’s hand has been strengthened to deal with the remaining loyalists in the Zuma camp.

And, say analysts, as Ramaphosa demonstrates clearly that he is following his words with action, the other Zuma dominoes are bound to fall, because they have no moral standing in the eyes of society.

Political analyst Ralph Mathekga said the Zuma camp fightback campaign – which is centred on ANC secretary-general Ace Magashule and ousted North West premier Supra Mahumapelo – is bound to fail because it is set on a weak base.

He said not only are they facing Ramaphosa but the entire South African society, which sees them as lacking morality as leaders because of the corruption allegations that surround them.

Mathekga said there was no turning back by Ramaphosa after the Nhlanhla Nene debacle, which set the bar so high that it would be very difficult for the president not to act against Home Affairs Minister Malusi Gigaba.

“Should he fail to act, he would be seen as being complicit in the sins surrounding Gigaba and others,” said Mathekga.

Ramaphosa’s decision to fire the suspended South African Revenue Service (Sars) commissioner has further pushed the Zuma camp on to the back foot.

Moyane’s loss is a devastating blow for the Zumaites, which launched a fightback last month that aimed to topple the entire Nasrec ANC leadership and challenge all its decisions.

Their case was postponed yesterday to an undisclosed date in the High Court in Johannesburg.

In another move apparently taken to undermine Ramaphosa, Magashule supported Communications Minister Nomvula Mokonyane in opposing the pending retrenchments at the SABC. This is despite the fact that SABC retrenchments fit into the president’s overall plan to trim the public service, which is bloated and consuming the largest chunk of the national fiscus.

Magashule urged Mokonyane, the board and labour to enter into a dialogue to discuss ways and means to avoid retrenchments.

“We do not believe that Mokonyane is undermining the independence and authority of the SABC board,” the ANC statement said.

Mathekga said the Zuma camp “has no leg to stand on. They can fight back but they have no morality to lean on and that’s how they are regarded by South Africans.”

Tshwane University of Technology-based political analyst Levy Ndou said that with Moyane now out, more heads were expected to roll as Ramaphosa’s clean-up campaign gained momentum towards the 2019 election.

“Indeed, we need to expect more heads to roll. We have seen with Moyane that Ramaphosa will act.

“He will not interfere with processes but he will follow up on their recommendations so that no one is in doubt about why he took such a decision,” Ndou said.

He said the position of the Sars commissioner was a sensitive one because it was about the health of the country’s revenue collection.

Under Moyane, Sars took decisions that were not in the interests of the tax collector, but in his personal interest. Under him, there was massive instability and lack of morality.

“He used his position as Sars head to delay important decisions and directed Sars the wrong way. South Africa needs a stable Sars so that the country’s fiscus is safe and healthy,” Ndou said.

He added that Zuma’s followers were not being removed for being associated with Zuma, but for the wrongs they had committed themselves.

“President Ramaphosa is someone who has acted firmly against people he appointed, unlike Zuma who adopted a laissez faire approach to wrongdoing at the top,” said Ndou.