Some of the vehicles already have scratches, and others don't even start any more. 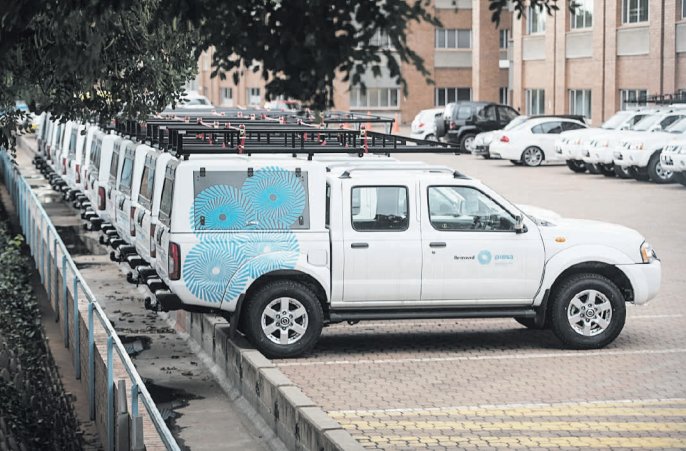 R57.6 million was spent on a fleet of vehicles by Prasa, but they have been standing in the parking area at Prasa House in Pretoria for more than a year. Picture: Jacques Nelles

A total of 174 brand-new vehicles, which were all bought more than a year ago at a cost of more than R57.6 million of taxpayers’ money, are gathering dust in the Passenger Rail Agency of South Africa (Prasa) headquarters parking area in Hatfield, Pretoria.

Two independent sources at the agency have confirmed that the vehicles were bought for the agency’s various entities across the country, but more than a year later had not yet been distributed.

The Citizen’s sources requested to remain anonymous. A senior security staffer this week told The Citizen the last time the engines of the vehicles ran was when they were delivered.

“For over a year now, on a daily basis, we have been checking and recording the condition of the vehicles. Although they have been standing there, some already have scratches. Some do not even start any more,” the source said.

He said there was no tangible explanation why the vehicles were not distributed but said talk in the corridors was that it was because they were waiting to have tracking devices installed.

“More than 10 technicians from a tracking company arrived [on Monday] to install the tracking devices on the vehicles. By the afternoon more than 40 vehicles had been installed with the devices,” the source said.

Another source said the reason it took so long for the devices to be installed was because there were irregularities in the appointment of the tracking company.

“A senior manager apparently interfered with the procurement processes to appoint his preferred bidder. When this emerged, original tendering documents vanished,” he said.

Prasa failed to respond to The Citizen’s request for comment on the matter, despite spokesperson Nana Zenani indicating on Monday that they would do so by yesterday.

According to the list of the vehicles seen by The Citizen, they consist of (prices based on current market values):