Nkosinathi Kekana was granted R3 000 bail on condition that he did not communicate with the family or interfere with witnesses. 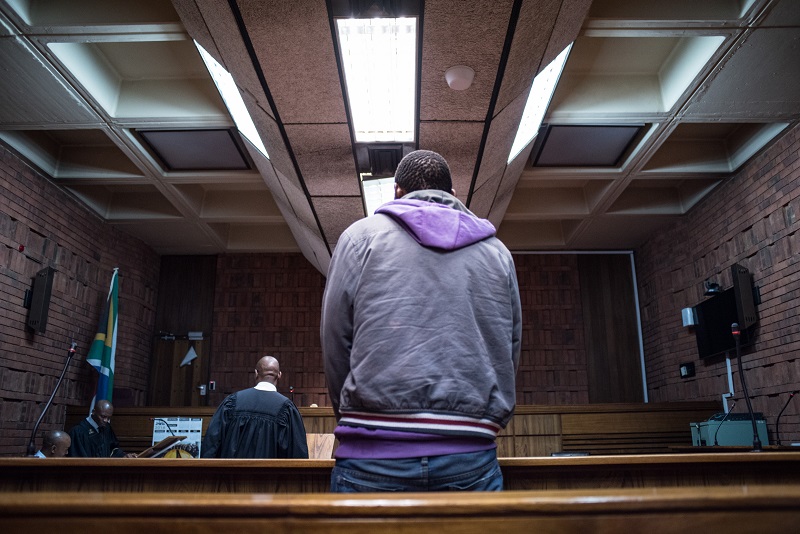 The school bus driver accused of raping a 12-year-old girl repeatedly over a period of two weeks instead of dropping her off at school is seen at the Pretoria Magistrate's court where he made his first appearance, 7 November 2018, Pretoria. Picture: Jacques Nelles

A school bus driver who is accused of raping a 13-year-old girl in his minibus will be allowed to continue transporting children to school after he was released on bail by the Pretoria Magistrate’s Court yesterday.

Nkosinathi Kekana, 29, pleaded not guilty on Thursday after he was accused of raping a Grade 7 Soshanguve girl whom he transported to and from school. He also allegedly forced her to steal her father’s cellphone, claiming he owed him money for her transport.

She said he would drop off all the other children, then go to Pretoria West, where he allegedly raped her at knifepoint inside the minibus taxi.

The state did not oppose bail, but requested that Kekana’s bail conditions include abandoning his school minibus business until the matter was finalised.

Magistrate Marley Mokoena rejected this bail condition after Kekana said it was his sole source of income.

Kekana was granted R3 000 bail on condition that he did not communicate with the family or interfere with witnesses.

The father of the victim, who cannot be named to protect the identify of his child, expressed fear that Kekana might target other pupils.

“We are worried that he could continue where he left off.

“We are also not satisfied with the investigating officer as he has not communicated with us at all. He has not even got statements from other children who were using the same transport,” he said.

According to the child’s statement, read out by state prosecutor Lazo Tshomela on Thursday, Kekana had picked her up in the mornings last month.

He dropped off the other pupils in Akasia, Amandasig and The Orchards, but drove past his victim’s school to Suiderberg in Pretoria West.

“He parked the vehicle and smoked outside and then came back. I was sitting in the third seat. He came and sat next to me.

“He took a knife from his pocket and put it to my neck. He undressed me, took off my trousers and panty and penetrated without permission.

“I was scared to shout because the knife was on my neck,” the girl said.

The child’s family are afraid that the man will come for her.

“We fear for our daughter’s life because we don’t know what he is going to do after being granted bail.

“We have to take our daughter somewhere for her safety until she writes exams, then she will go away for holidays. We fear he will do something because this is a serious matter,” they said.