Radebe leads panel to find NDPP, Breytenbach says ‘no thanks’

The candidates will be interviewed at the Union Buildings by an advisory panel led by Radebe. 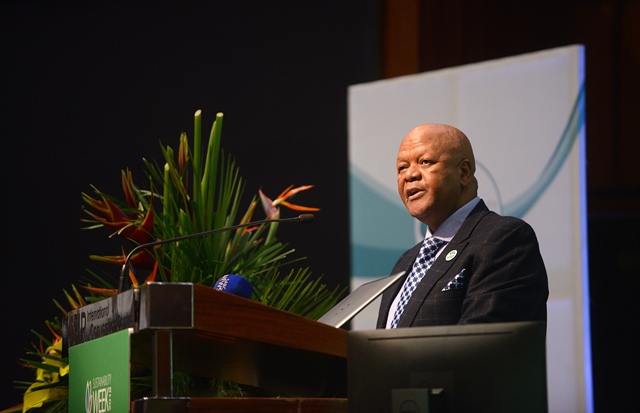 Minister of Energy Jeff Radebe is leading interviews for the National Director of Public Prosecutions (NDPP) position at the Union Buildings on Wednesday.

The hearings, which are now open to 20 media representatives, will have an advisory panel on a mission to further shortlist the number from 11 to three.

Advocate Glynnis Breytenbach has stepped away from the race, leaving the 11 shortlisted candidates.

Breytenbach made the announcement in an interview aired on Karima Brown’s show on CapeTalk702.

She has informed the panel of her decision and said the position should be independent of party political influence.

Three candidates will be recommended to president Cyril Ramaphosa after interviews this week.

The following people were shortlisted:

The high court granted an urgent court order to the Right2know campaign allowing media access when the panel interviews the candidates.

Judge Johan Louw said the office of the National Prosecuting Authority had been plagued by instability over the past few years because of who was appointed as the NDPP, which was why the interviews had to be conducted in public.

He said to keep the media out of the interviews would further erode public confidence in the NPA as an independent institution.

The hearings, which started at 9am, will end on Friday November 16