The children were caught in the act by community members in Alexandra. 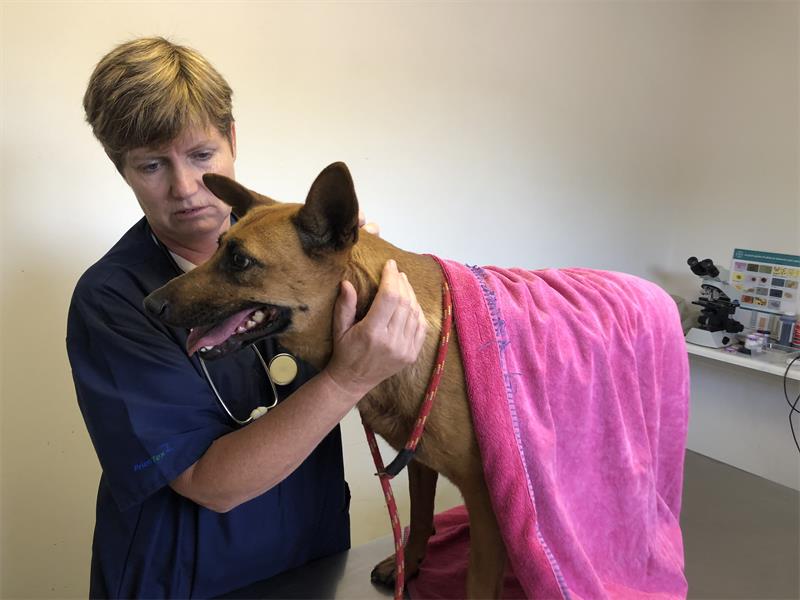 The dog that was rescued by the SPCA.

The Sandton SPCA recently laid charges of bestiality against several children after they were caught raping a dog, reports Sandton Chronicle.

According to Jaco Pieterse, general manager at the Sandton SPCA, eight schoolchildren between eight and 13 years old were recently caught by community members in Alexandra. He said this seemed to be the new pastime for young children – raping an innocent animal.

“There is obviously no question of mutual consent.

“We were sure that kids are innocent and won’t even know what bestiality is. How wrong we were.”

“Both these charges are serious and may lead to imprisonment if found guilty. We are still investigating the case to see if this is the only incident.”

Pieterse said the Sandton SPCA rescued the dog and it was safely in their care. He added only time would tell if the dog will recover mentally.

“The Sandton SPCA and its staff will be doing their utmost to show the dog love and care.

“Children have to be educated on the humane treatment of animals. The youth are the leaders of the future and research proves that minor animal abusers commit more serious crimes when they grow up, some even committing rape and murder.”

He said combating animal cruelty when committed at a young age should be addressed as a matter of priority, in order to educate the children and ensure it was not committed again.

“It is the duty of society to teach children empathy and sympathy towards animals and fellow humans.”

The Sandton SPCA cares about all animals and calls on community members to report animal cruelty. The details of all complainants are kept confidential at all times.