His signature style is gritty and ultra-realistic storytelling, showing South Africa’s dark side, from homelessness to child rape. Mlingane Dube outside the Market Theatre in Johannesburg ahead of the screening of the film he wrote and directed, called 'Isidima', at the Rapid Lion International Film Festival. 'Isidima' follows a woman who faces murder charges after attacking a man she caught in the act of raping her daughter. Picture: Neil McCartney

The inclusion of his latest film in the Rapid Lion Film Festival may have just alerted the critics to his talent, but Mlingane Dube, 29, is already a familiar name to those in the local independent film-making scene, and the fans who love his content.

His signature style is gritty and ultra-realistic storytelling, showing South Africa’s dark side, from homelessness to child rape. He gives his audience an honest look at themselves and the world around them, using experience from his five-year “stint” as a video-journalist for local broadcaster eNCA.

There he spent his days absorbing the everyday horrors of this country’s news cycle – a moment in his journey he describes as a teaching moment that married his love for film with a new appreciation for honest story telling.

In 2013, he moved from his hometown, Soweto, to Durban to begin his job as a video-journalist with every intention to keep working towards his dream of being a filmmaker.

“During that time I was living in Durban and even though I was doing journalism work with eNCA, I always knew that what I wanted to do was film. So that was already happening on the side. I had an incredible three years there and then I moved to Johannesburg and then it started getting a bit hectic for me. It was just too political and violent,” he laments. 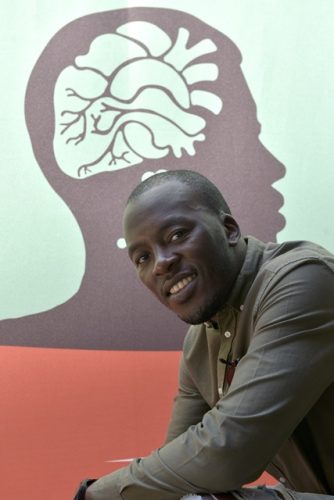 Mlingane Dube outside the Market Theatre ahead of the screening of the film he wrote and directed called ‘Isidima’ at the Rapid Lion International Film Festival. Picture: Neil McCartney

Dube grew up in Soweto, where he was no stranger to stories of hardship, but he considers himself lucky to have been born to parents who were able to make a way out of that world for him.

Thanks to the means provided by his mother’s job as a domestic worker and his father running a bricklaying business, he spent his mornings commuting to a primary school in leafy Rosebank.

“I remember waking up really early with my parents telling me I had to work really hard at school and make sure I spoke fluent English. That was how our parents measured how well we were doing. From there I went to high school in Hyde Park and it carried on from there.”

With his father having never completed primary school and his mom having never reached tertiary level, Dube got to make his family proud, working his way to Boston Media House.

His background definitely forms a major part of his creative process.

The key difference between his work in news and film was that, in film, “one could create a light at the end of a tunnel”.

In news stories there often is no light and Dube had a moralistic problem with the way journalism would push one to look for a sad ending.

“I remember one story where there was a mall collapse and this lady died in the rubble. The construction company made a promise to compensate the family. A year later we visited that family and to find out if the company had kept their promise, and they did. So, because it was a happy ending, there wasn’t a story and we went back home. At least in film there is always a story.”

His latest film, called Uk’Phandela Uthando (To hustle for love), aired in January this year on Mzansi Magic.

It was inspired by an encounter he had with the famous sand sculptors of the Durban beachfront, when he realised that two of them were actually a young couple.

The film, however, tells the story of a homeless couple, a man and woman whose livelihood depends on the boyfriend selling art until the woman falls pregnant.

The couple has to decide on whether to abort.

If that’s not dark enough for you, his film, selected to show at the Rapid Lion Film Festival, tells the very true story of a woman who catches her daughter’s rapist in the act and proceeds to kill him with her bare hands.

This was based on an Eastern Cape woman who recently faced murder charges for killing her daughter’s alleged rapist.

“I like what news has done for me, just for my scope of knowledge about what is out there in reality, and I think maybe that is why I choose the film subjects I choose. It’s because of my history as a video-journalist and the people you meet from all walks of life while in the journalism space,” Dube says.

“I just wanted to do stories that were in touch with the environment I am familiar with. And I am from Soweto, that’s where I grew up, so the stories I grew up around are the kind of stories I am interested in telling.”