A woman who was trying to run away from protesters on a building roof fell to her death, and one protester was shot dead. 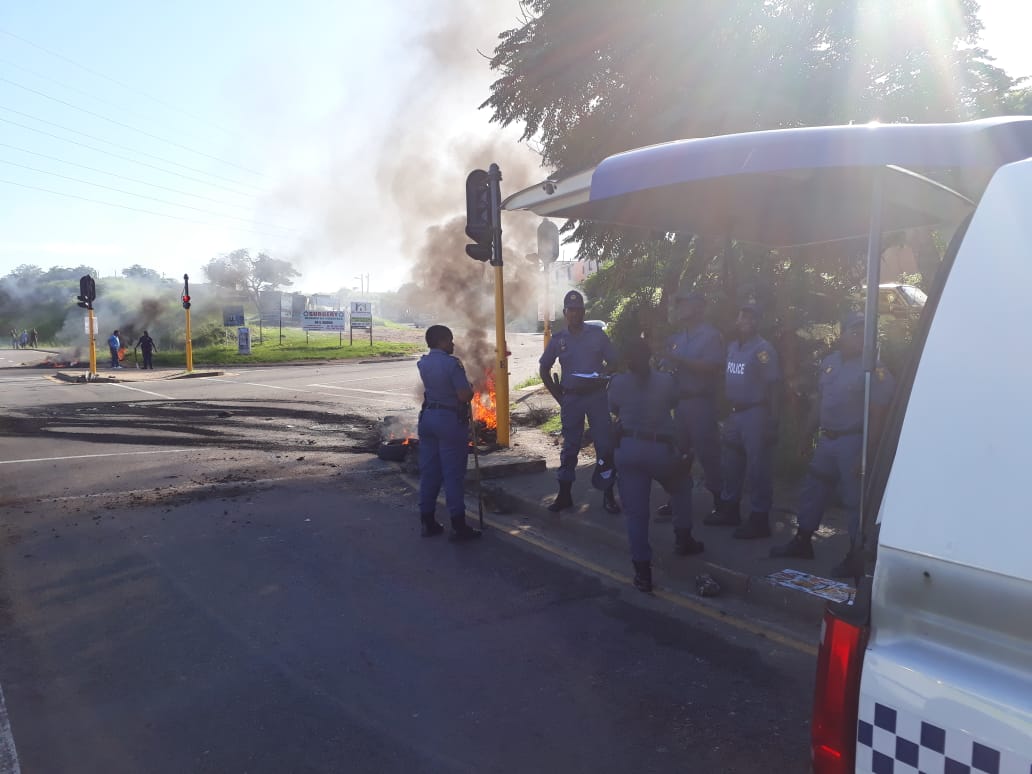 There is a strong police presence monitoring the situation.

The angry crowd blocked off Inanda Road by burning tyres and rubble, since early this morning. 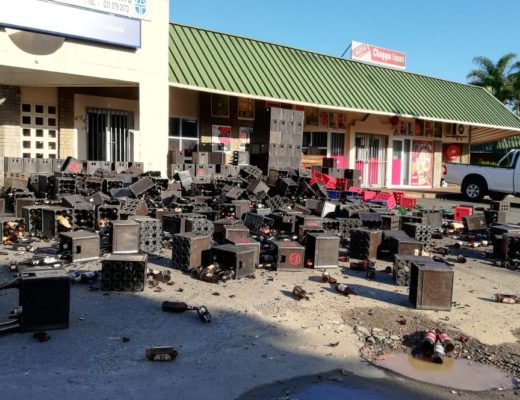 According to Garrith Jamieson, operations director for Rescue Care, the trio was trying to escape protesters by running along the roof of the centre. The woman fell through the roof and was killed while both men were injured. The situation was “hostile”, said Jamieson. 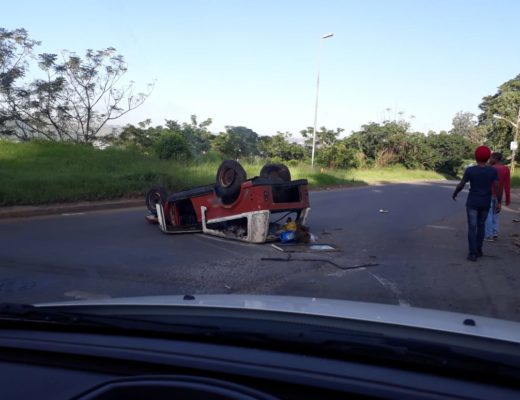 They also allegedly looted foreign-owned shops and set alight vehicles in the area. At this stage, it is unknown what the disgruntled crowd of about 500 are unhappy about. 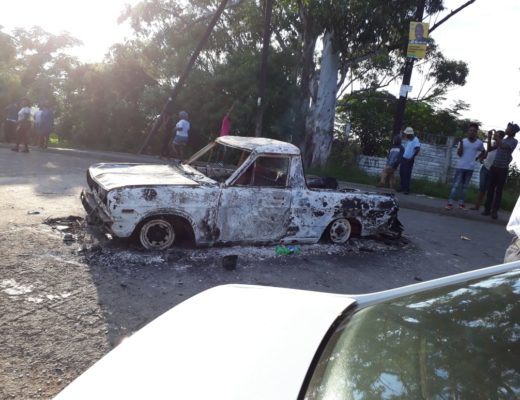 One of the vehicles set alight, allegedly by the protesters. Image: Rising Sun Overport.

It is alleged that one of the protesters was shot dead by a shop owner after they set alight shops in the area.

Operations director of Rescue Care, Garrith Jamieson said a woman who was trying to run away from protesters on a building roof fell down approximately three metres and died.

“The woman, believed to be about 45 years old, was declared dead at the scene,” he said.

Two men, who were also running on the roof, were injured after falling down. They sustained serious injuries and were stabilised at the scene before being transported to hospital for further treatment.

“We will be investigating cases of murder, malicious damage to property, public violence and an inquest docket at this point,” he said. There is currently a strong police presence monitoring the situation.