However, increases in taxi fares have not been ruled out, and alterations to taxi capacity are imminent, as Santaco and government continue to debate figures. 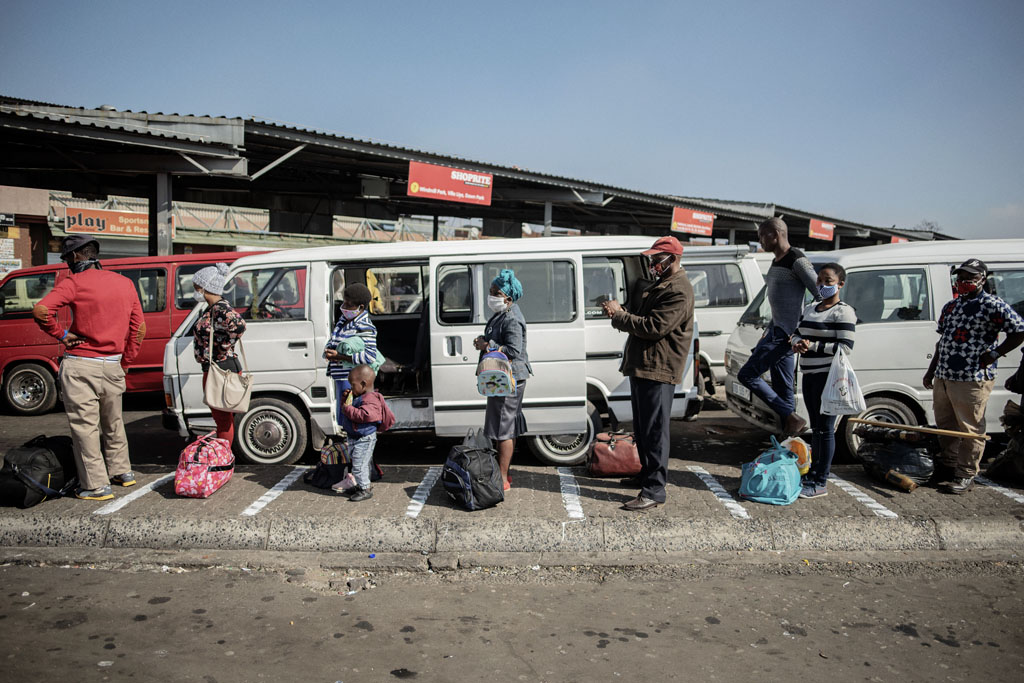 Commuters adhere to physical distancing measures while queuing at the Germiston Taxi Rank, near Johannesburg, on May 7, 2020, in compliance with the Stage 4 national lockdown regulation declared by the South African Government on May 1, 2020. (Photo by Luca Sola / AFP)

Movement restrictions and social distancing measures to curb the spread of Covid-19 continue to put strain on the country’s taxi industry.

Earlier this week, the Alexandra Taxi Association backtracked on its initial decision to hike their taxi fare by 172%.

This as taxis can only transport 70% of its usual commuter load, which has forced them to share routes, leading to significantly less profits from daily commuters, many of whom have been able to return to work since Level 3 lockdown regulations were implemented.

However, increases in taxi fares have not been ruled out, and alterations to taxi capacity are imminent.

South African National Taxi Council (Santaco) spokesperson Thabisho Molelekwa on Wednesday said the council intended to highlight their desired way forward, while government remained mum on how relief could be provided to their sector.

Molelekwa told Moneyweb on Thursday that since lockdown was implemented, the taxi industry had been operating at a loss.

Sunday Times reported that suggested relief funds amounting to over R1 billion were rejected by Santaco, who instead said taxi owners needed R20,000 per taxi per month that lockdown has been in place. This would total R4 billion, the publication said, adding that a final figure had not yet been given by Santaco.

It was also reported that Minister of Transport Fikile Mbalula may reconsider the current 70% capacity regulation.