Black Mambas are known to feed on kittens, and with Durban's large population, the mambas never go hungry, added Evans. 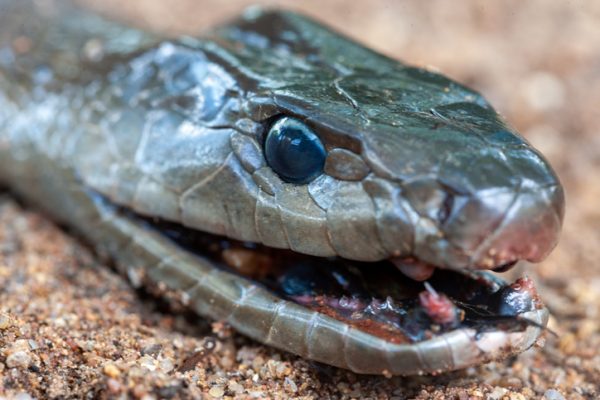 Warning: This post contains graphic images which may disturb some readers.

Snake catcher Nick Evans caught a black mamba attempting to swallow a black cat in the Carrington Heights area in KwaZulu-Natal on Wednesday.

“The caller was very calm. I asked for a photo which he agreed to send. Well, I could not believe my eyes when the photo came through! It was a Black Mamba, eating a kitten,” said Evans.

Black Mambas are known to feed on kittens, and with Durban’s large population, the mambas never go hungry, added Evans.

“When Tyrone Marcus (the man behind the lens of Snake Season) and I arrived, the mamba was pulling the kitten into a corner, where a lot of random items were being stored. Evans and his team filmed from a distance to avoid disturbing the mamba from finishing its meal and the kitten was already dead at that point.

“After about an hour, the mamba had made no progress. It was just dragging it around this corner, trying to work it’s jaws further along the body.” 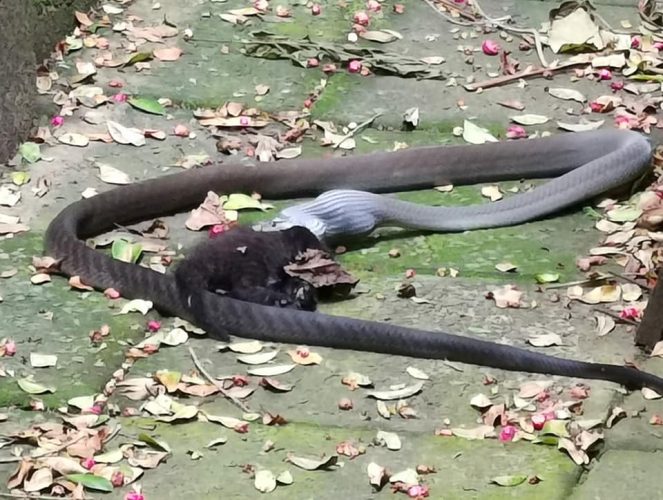 While it was trying to eat its meal, another kitten ran over the mamba and it started spitting out the dead kitten.

As it was spitting out the kitten, Evans moved in and started pulling the mamba’s head out, trying to keep it from biting the live kitten.

“If the kitten moved in front of the mamba, it would have struck out, because it was in a world of panic itself. The kitten made a run for it, running past us. I told a child who was watching us to watch the kitten. 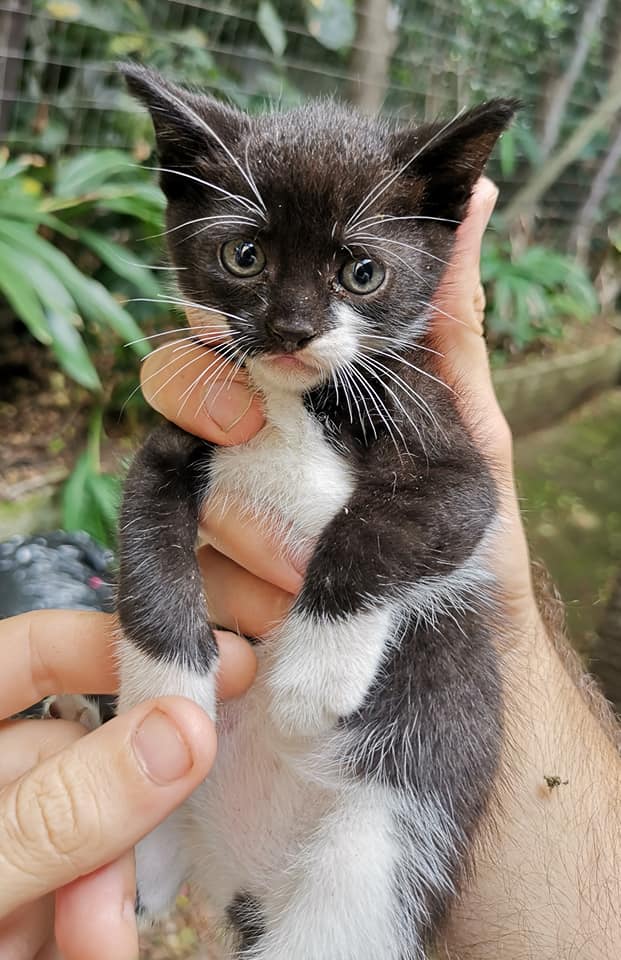 “I pinned down the mamba, got it in a bucket, and went looking for the young kitten.”

Speaking to The Citizen, Evans said some people were angry with him, assuming that he had fed the kitten to the mamba.

“That is not the case. When we got there we found the mamba already trying to swallow the kitten and we couldn’t do anything because it was already dead anyway. They got it wrong,” he said.