The crash involved multiple vehicles on the N1 northbound just before the Lynwood road offramp in Tshwane on Saturday night took hours to clear into Sunday morning. 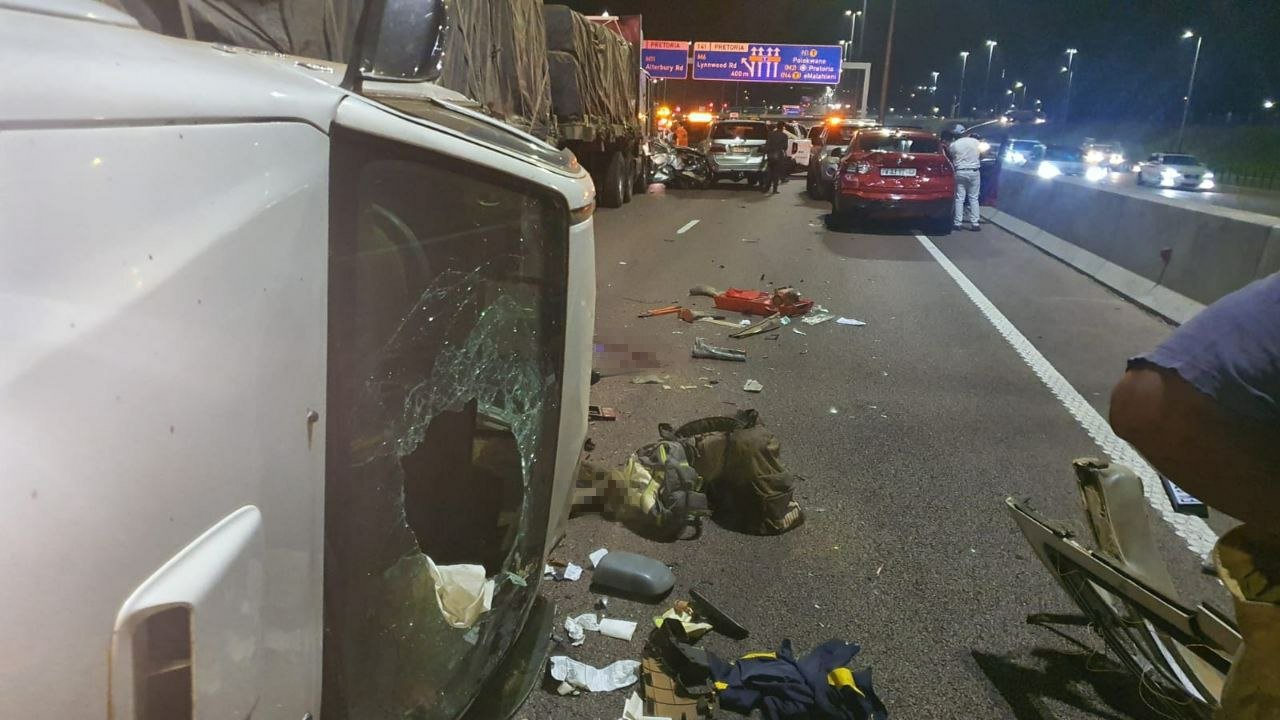 Chaos ensued in the east of Pretoria on Saturday evening, after a man allegedly jumped off the Atterbury bridge, leading to mayhem on the N1 highway.

Police opened a case of culpable homicide after the man allegedly jumped from the bridge in front of an oncoming truck.

He died on the scene.

According to police spokesperson Warrant Officer Duane Lightfoot, the man was declared dead on the scene around 17:00 on Saturday.

“A case of culpable homicide will be investigated by Brooklyn detectives.”

Lightfoot said the highway was closed off to traffic and road users were diverted to Garsfontein off-ramp.

“There was a secondary accident when another truck drove into a towing truck and a third truck also couldn’t stop in time, and drove into a lot of cars.”

He said two trucks and 29 cars were involved and the highway was closed until approximately 23:00 to clear the ensuing wreckage.

“Multiple people were treated for mild to serious injuries, and some patients were taken to hospital.”

According to paramedics, the accident involving multiple cars was reported around 20:43 on the N1 north near Lynnwood Road off-ramp in the east of Pretoria.

The article first appeared on Rekord East and has been republished with permission.