A large swarm usually contains around 40 million locusts and able to span one square kilometre. 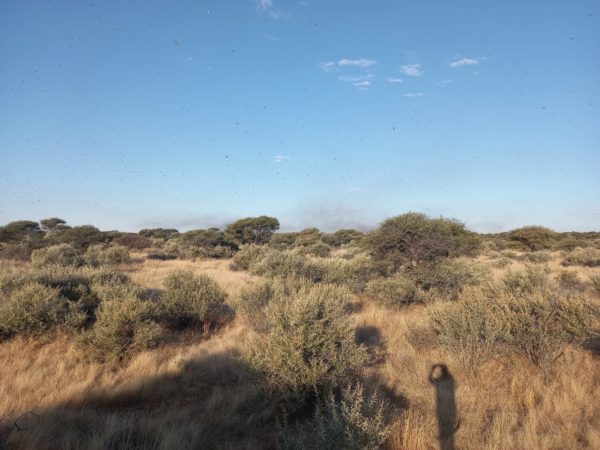 From Hertzogville to Boshof, farmers in the western Free State region have been plagued by dark clouds of locusts swarming over their crops.

Free State Agriculture (FSA) said in a statement on Wednesday the locust swarm “blew over from the Northern Cape” and that pest control efforts were under way. Northern Cape agriculture MEC Mase Manopole said strong winds encouraged the spread of the locusts, which tend to dwell in and around homes and sports fields.

Manopole told residents to switch off their outside lights at night and to “chase the locusts away when they are spotted in their yards”. 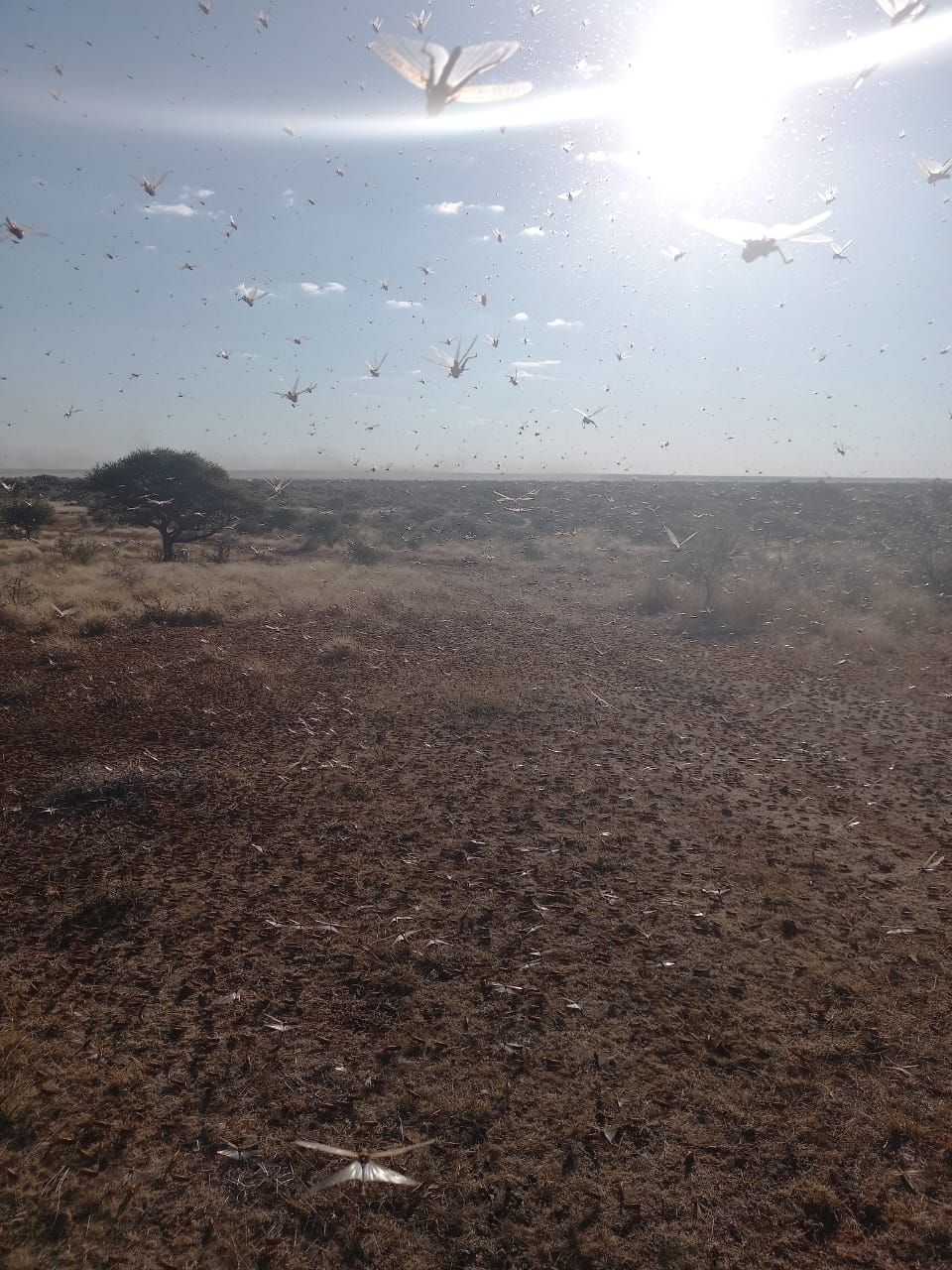 Brown locust outbreak – one year on

Warnings have been issued for brown locust outbreaks in Namibia and South Africa’s Karoo region since February last year. Although not new, factors such as climate change, which spurs on extreme weather conditions, exacerbates the rate at which locust swarms gather and destroy crops.

Climate change is also complicating the ability to predict the breeding cycles of locusts in southern Africa.

Outbreaks are linked to prolonged droughts followed by widespread rainfall.

Locusts lay their eggs after the rainy season starts, Price said, meaning that the amount of rain received during the summer months in southern Africa will determine how much destruction can be anticipated for harvests the following year.

How much damage do locusts cause?

In one day, a locust can eat its own weight. A large swarm usually contains around 40 million locusts and able to span one square kilometre. This can be as much as food meant to feed 35,000 people.

Controlling brown locust outbreaks has been a national government responsibility since 1906, with records of outbreaks doing back to the 1790s.

If there is a major outbreak, the department of agriculture chemically controls “tens of thousands of gregarious hopper bands and migrating swarm targets before they can escape and invade the maize producing areas in the Free State and North West”, Price said.

Small-scale subsistence farmers suffer the most when locust outbreaks occur. However, the country is at risk of national food security when locust swarms enter agricultural regions such as the Free State and North West.