Police said there has not been any change to the commitment by Bheki Cele, despite Saturday's ConCourt developments. 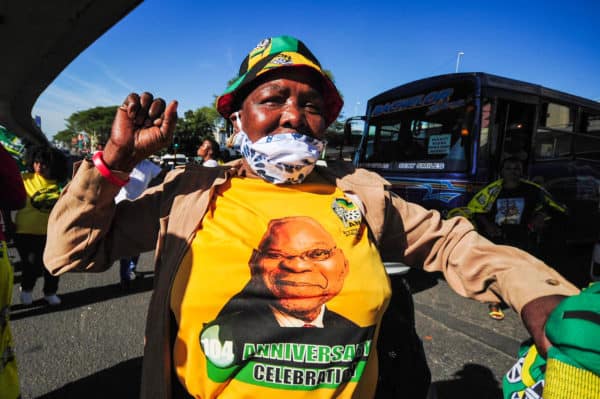 Despite the Constitutional Court agreeing to hear former president Jacob Zuma’s contempt rescission case, there is still an imminent arrest for Zuma should he not hand himself over to the police by 12 midnight on Sunday.

On Tuesday last week, police minister Bheki Cele committed himself to carry out the directives of the Constitutional Court that.

Should Zuma fail to act in accordance with the ruling, Cele and the National Police Commissioner Lieutenant General Khehla Sithole must act to ensure that Zuma is arrested.

Cele’s spokesperson Lirandzu Themba told The Citizen there hasn’t been any change to that commitment by the minister, despite Saturday’s developments.

“It very important to be very aware that the minister of police has been very clear on this. Last week when he had his press conference, he made mention that the police will act on a court order and this is exactly what the police will do,” said Themba.

She said there were no plans by the police to contravene what the apex court has ruled on.

She also warned against predicting the next move by the police.

“We know that today is the last day of the five days for the former president to hand himself over, and ofcause there is still the three days.

“So we await what will happen with regards to the application at the Pietermaritzburg High Court, but let us not be too forward as to what and what will not happen.”

She said that police were hard at work, with a number of meetings currently taking place behind closed doors.

Opinions on whether Zuma’s application will save him from prison have vastly differed among experts.

Lawson Naidoo, from the Council for the Advancement of the SA Constitution, told News24 that Zuma’s application to the apex court “does not automatically stay the implementation of the court orders” already issued for his arrest, or committal by the police.

Naidoo said that, should Zuma not hand himself over on Sunday, he will “technically again be guilty of contempt of the Constitutional Court” – despite his pending application set to be heard on Tuesday.

Constitutional law expert Elmien du Plessis is not as convinced that Zuma has no hope of interdicting his imminent arrest in the High Court.

“This is a completely unprecedented situation,” she told News24.

“So we don’t know exactly what should happen because the Constitutional Court has never punished anyone in this way before.”

ALSO READ: Zuma to ‘address the nation’ ahead of prison stint, says foundation

Ultimately, Du Plessis stressed, it would be up to the High Court on who hears Zuma’s urgent stay/interdict application on Tuesday to decide whether he or she had the legal jurisdiction required to decide the case.

Legal expert Nkanyiso Ngqulunga agreed that the court’s jurisdiction was a “clearly debatable issue” that could prove pivotal to the success of Zuma’s stay/interdict application.

He said that if the judge decides that he or she does not have the jurisdiction to block Zuma’s arrest and dismisses his case, “then his arrest would have to go ahead” on Wednesday – regardless of his application to the Constitutional Court.

Zuma may then attempt to apply for bail on an urgent basis.

The State Capture Inquiry is opposing Zuma’s application for a stay of his arrest, but has yet to detail its arguments on why it is doing so.