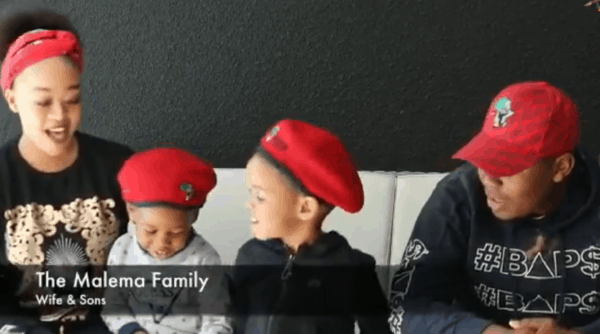 The Economic Freedom Fighters (EFF) celebrated its 8th year anniversary on Monday and South Africans did not hold back from sending well wishes to the party.

Zuma-Sambudla’s video trended as most slammed her for rushing to celebrate with the EFF instead of addressing families who lost loved ones in the recent unrest that followed her father’s incarceration.

However, it was Malema’s wife, Mantwa, and their three sons who stole the show.

The four shot a video sending well wishes to the EFF.

Malema addressed the celebrations virtually and touched on a number of issues, including the Phoenix racial tension, his political future and allegations that party deputy president Floyd Shivambu’s name was in the CR17 bank statements that the party is trying to have unsealed through court processes.

The EFF leader was confident that the allegations against his deputy were false, and said Shivambu was the one who called for the party to take the matter to the Constitutional Court.