The complaint with the Pubic Protector was lodged by EFF deputy president Floyd Shivambu in November. 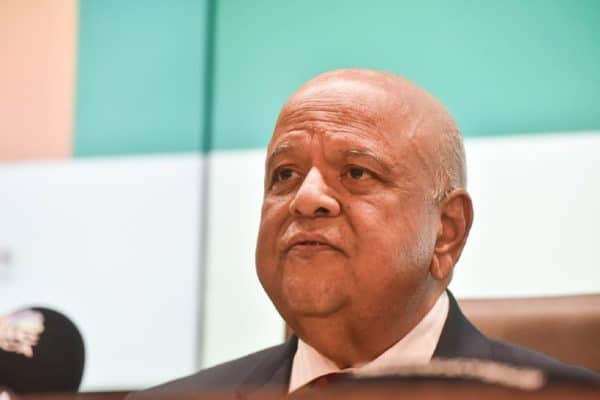 This is part of a new investigation by the Office of the Public Protector into a forensic company that was hired last year to conduct investigations in the Department of Public Enterprises (DPE), the Sunday Times reported.

According to the report, Mkhwebane has written to a number of banks demanding documents relating to the accounts of Gordhan and the DPE’s director-general Kgathatso Tlhakudi.

The request reportedly includes the accounts of the managing partner of Abacus Financial Crime Advisory, Mohammed Cassim, and the company.

The complaint with the Pubic Protector was lodged by EFF deputy president Floyd Shivambu in November.

Shivambu reportedly called for a probe into whether Gordhan breached the executive code of ethics by appointing Abacus to investigate public servants suspected of leaking information about the appointment of Nthabiseng Borotho as the DPE’s chief of staff.

In November, the DPE defended Borotho’s appointment despite her not meeting the minimum requirements for the position. At the time, the department said Gordhan applied to the public service and administration minister for a deviation in appointing Borotho to the post.

The public protector’s spokesperson Oupa Segalwe confirmed the investigation was taking place, but did not confirm whether Mkhwebane issued a subpoena to banks to provide Gordhan’s bank records.

Mkhwebane apparently wants to establish if there was any wrongdoing on the part of Gordhan, Tlhakudi or Abacus.

“In her subpoenas Mkhwebane wants the banks to reveal all the transactions including deposit slips and transfers of funds as she investigates allegations that Gordhan and Tlhakudi irregularly approved the R281,168 appointment of Abacus,” the report stated.

The department also denied that Gordhan was involved in supply chain processes, saying he does not have a relationship with Abacus nor Cassim.

Malema promises electricity and houses, implies the ANC doesn't care for its people
1 week ago
1 week ago

Malema promises electricity and houses, implies the ANC doesn't care for its people
1 week ago
1 week ago