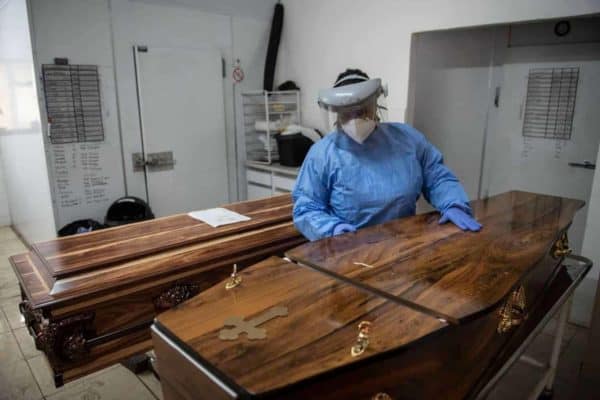 Contrary to what appeared to be a surge in Covid-related death figures, a top South African scientist on Wednesday maintained that the mortality numbers were declining.

“The under-reporting by the department is due to multiple factors. The death rate is now declining across all provinces,” claimed Madhi.

He said the high death rate during the country’s third wave was due to “a more transmissible virus, resulting in higher numbers of infections in a population that was largely unvaccinated”.

With the South African death rate from Covid likely to be 420 per 100 000, Madhi said the numbers placed SA among the top 10 worst-affected countries.

Responding to Madhi’s comment, department of health national spokesperson Popo Maja said it was “a well-known debate that the SAMRC reports on excess deaths, with the department reporting on notified deaths”.

“We only publish deaths, which have been verified by provinces – explaining why we are sometimes reporting historical deaths.”

The National Institute for Communicable Diseases has conceded that Covid mortality reporting “has its limitations”.