South African citizens until Friday to share their thoughts on the regulations. 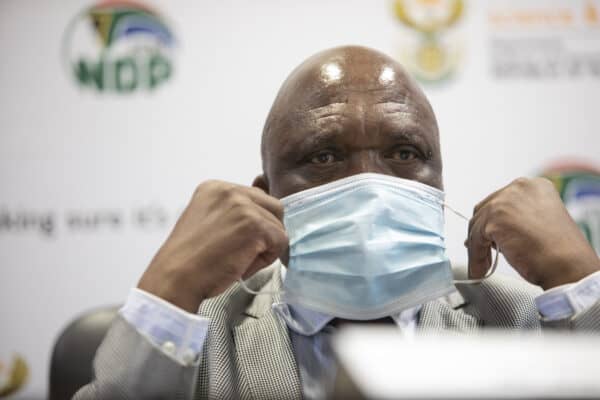 Civil rights organisation AfriForum has threatened to take the government to court over the proposed new health regulations.

The potential legal action follows the termination of the National State of Disaster.

Earlier this month, President Cyril Ramaphosa addressed the nation in which he announced that Cabinet had decided to end the country’s State of Disaster.

Ramaphosa, however, said that there would be measures to allow for a smooth transition and would lapse after 30 days.

This is due to the requirements for a State of Disaster to be declared in terms of the Disaster Management Act no longer being met.

The president also indicated that the Covid-19 pandemic would be managed in terms of the National Health Act.

Reiner Duvenage, AfriForum’s campaign officer for strategy and content, said at the time that the organisation would seek a legal opinion on the matter.

READ MORE: Have your say on the proposed draft Covid-19 regulations set to replace State of Disaster

The organisation has served government with a letter of demand, warning to them “that AfriForum will initiate litigation if the regulations are put in place”.

“AfriForum will begin preparing its court documents for potential legal action. Since the implementation of the draft health regulations cannot be prevented by interdict, AfriForum will litigate to review the regulations as soon as they come into force,” the organisation said in a statement on Wednesday.

The organisation has argued that the draft regulations were “outside of the intended scope of the legislation”.

It was never the legislature’s intention for the [National Health and International Health Regulations] Acts to have such far-reaching effects and consequences.

“The draft regulations also replicate certain measures that were previously struck down in court, such as forced quarantine. Finally, the regulations are simply irrational and illegal,” AfriForum further said.

Duvenage said the regulations were “clearly nothing less than a desperate attempt by the government to cling to the unbridled power afforded to it during the Covid-19 pandemic”.

The Department of Health last month published new draft regulations, which will be part of the National Health Act.

The regulations will ensure there are enough protective measures in order to manage the current Covid-19 pandemic as well as future outbreaks.

The proposals include a limit on the number of unvaccinated people for indoor activities and, that the mask mandate for indoor gatherings stay in place.

Government will still have the discretion to decide on other restrictions such as curfew, sport activities, lockdowns, economic activities, the sale of alcohol, among others.

The draft rules also lay out the requirements for self-isolation, as opposed to being directed to a government facility, among others.

South African citizens until Friday, 15 April, to share their thoughts on the regulations.

Have a look at the regulations below: