Bid to extradite Gupta brothers back to SA receives boost 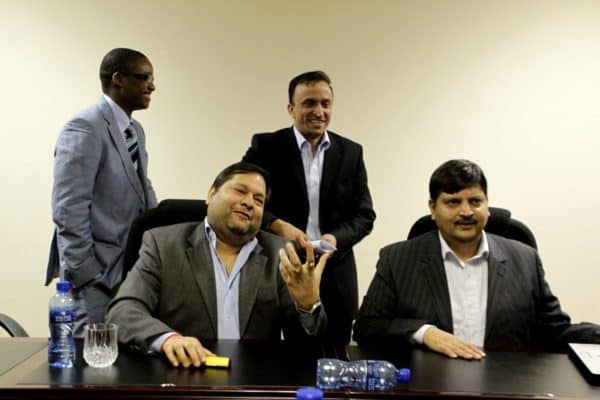 The bid to bring the Gupta brothers back to South Africa has received a significant boost as South Africans call for the fugitives from justice to be held accountable for stealing from South Africa and also help restore the trust people once had in the country.

The Sunday Times reports that law expert Anton Katz SC will be leading the charge to bring former president Jacob Zuma’s friends Rajesh and Atul back to South Africa.

Two other advocates, Kessler Perumalsamy and Eshed Cohen, will be part of the team from the National Prosecuting Authority (NPA) and the Department of Justice that will kick off extradition processes against the brothers after their arrest in Dubai a week ago.

According to the paper, Katz offered his expertise to the NPA in April following a plea by justice minister Ronald Lamola in March, at the annual meeting of the Law Society, for South African lawyers to offer free legal services in the prosecution of corruption-related matters.

“While extradition can be a protracted legal process, we assure the nation that the Guptas will definitely come back one day to account in our courts,” Lamola is reported to have said.

Rajesh and Atul Gupta were handcuffed in Dubai on Monday after fleeing South Africa with their families several years ago.

The NPA did not apply for a red notice in respect of the elder Gupta brother, Ajay, because he is not cited as an accused in the Nulane case.

Despite categorically denying accusations of corruption, they had been refusing to return to South Africa to defend their name, claiming a fair trial is impossible in the country.

“When they are here, they will take down the entire ANC because if you can bring them here and make sure that they are being prosecuted, they will have to speak the truth and it is a dangerous thing for the ANC,”

Mathekga also believes that the brothers lives could be in danger if they set foot in South Africa.

“I won’t be surprised if someone tries to kill them. This thing is big, it goes deep into the party, so look at what happened to the likes of Gavin Watson. When you are becoming a liability and in a moment such as this when the ANC is at this crossroad, ANC members will not be enticed. We’ve seen how they kill each other, I don’t think there will be a problem,” Mathekga said.

However, Gareth Newham, head of the Justice and Violence Prevention Program at the Institute for Security Studies (ISS) said he does not believe that the Gupta brothers would be immediately at risk.

“I supposed if they were to turn state witness in order to give evidence against former ministers, key people in the security structures or the former president himself, that could change the risk profile or risk statement of them.”

Immigration law expert professor Andre Thomashausen told the paper that the UAE government would have to “be satisfied there was a bona fide case, or several cases, against the Guptas in SA, and that it is not a political prosecution or a witch-hunt, and that they can expect a fair trial”.

“It does require something that we have not yet seen, which is a proper charge sheet against the Guptas. Everybody says that they are guilty of the total all-in-all state capture, but the NPA has never shared with the public exactly what crime they committed, when, and by doing what. That is the crux of this whole thing.”

It has been reported that the brothers, who were allegedly picked up at their mansion in the expensive suburb of Emirates Hills, are still in custody at a Dubai police station pending the formal initiation of extradition processes.

In that battle, they did manage to score a minor victory in that their spouses were not included.

Procedurally, the South Africans will now have to furnish the authorities in Dubai with a provisional warrant of arrest, as well as an extradition request, within 60 days.

The Sunday Times also reports that at least one government source said that the warrant has already arrived in Dubai, though this could not be confirmed.