Investigator tells inquiry change to the CIEX report not warranted and was ‘bizarre’. 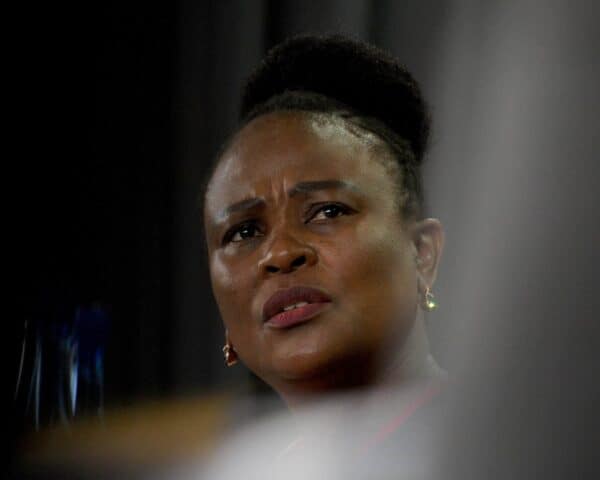 Evidence led at yesterday’s Section 194 inquiry into suspended public protector advocate Busisiwe Mkhwebane’s fitness to hold office included an allegation she gave an order to unlawfully amend the constitutional mandate of the Reserve Bank based on instructions from the State Security Agency (SSA), according to a witness.

The inquiry heard evidence on Mkhwebane’s “CIEX report” which ordered parliament to change the constitutional mandate of the Reserve Bank to no longer focus on protecting the rand’s value. CIEX is the British company contracted to investigate alleged misappropriations of funds by the apartheid government.

“It had never been quality assured prior to it being leaked,” he said. “This was also a significant departure from standard procedure. It contained numerous errors and was missing vital information.”

At a meeting on 3 May 2017, between Mkhwebane and SSA official James Ramabulana, former SSA head Arthur Fraser and former minister of state security David Mahlobo, Kekana said Mkhwebane instructed him not to take notes or record the meeting. He said this was entirely out of the ordinary.

When he drafted the final report, Mkhwebane told him to find a way to include a recommendation in terms of which the constitution would have to be amended to cater for the nationalisation of the SA Reserve Bank (Sarb).

Kekana said on 4 May 2017, “Mkhwebane instructs me to ‘amend the constitution to cater for state bank per Goodson proposal’”.

Kekana said he was told Stephen Goodson was an economist, which he is not.

“I did not believe this recommendation was warranted based on the findings of the investigation,” he said. “It was bizarre.”