The RTMC will also compile a report into the accident that saw six people dead. 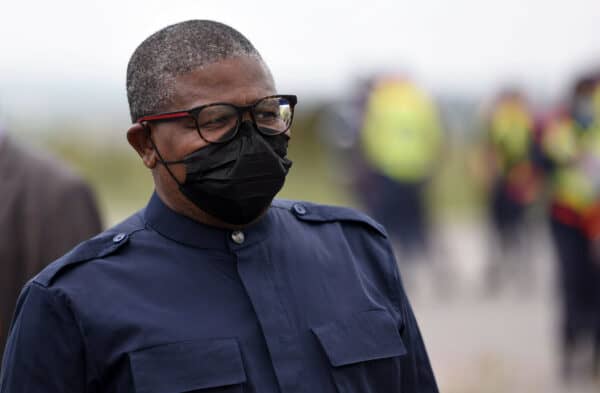 A report into the tragic collision that claimed the lives of six family members on the N11 in KwaZulu-Natal (KZN) will be made available once an investigation has been concluded.

This is according to Transport Minister Fikile Mbalula, who visited the province on Tuesday.

The accident – in which Deputy Transport Minister Sindisiwe Chikunga’s son, daughter-in-law, and four grandchildren died – took place on the N11, between Ladysmith and Newcastle around 7:30pm on Sunday.

The vehicle that Chikunga’s family was travelling in was involved in a head-on collision with a bakkie, whose driver sustained serious injuries and is currently in hospital.

The Road Traffic Management Corporation (RTMC) has since been tasked with investigating the root cause of the crash and compiling a report on the matter.

Speaking to the media in KZN, Mbalula said human error could have been the cause of the accident.

“We can’t pass judgment here… it’s a head-on collision [but] it is very clear that it is human error. [The questions is] what cause that human error? Is it drunkenness, is it tiredness? The investigation will reveal that to us,” the minister said.

Chikunga’s family spokesperson Sthembiso Ndala said the family was informed that the bakkie was driving on the wrong side of the road.

“My family members were not going to make it. The injuries that are there, you can see that the reckless driving and impatience was the result of the accident.

“According to the analysis that we received from the session we had with the minister at the Transport Department, they explained that the driver of the Ford Ranger was on the wrong side of the road,” Ndala said.

The police in KZN are currently investigating cases of culpable homicide.

In a separate accident, 12 people were killed when a bakkie allegedly ploughed into a minibus taxi and a police vehicle on the R617 near Mpophomeni on Saturday.

Meanwhile, six people were also killed and four injured in a multiple-vehicle crash on the N11 near Dundee on Saturday night.

Eight people were confirmed dead in an accident in Phalaborwa, Limpopo, when a Quantum and Isuzu collided with a stationary Nissan bakkie carrying thirteen people.

The collision occurred on D3260 towards Seloane on Saturday.

Seven people died at the scene and one succumbed to their injuries en route to the hospital.

Speeding and reckless driving are cited as possible causes of the accident.