The new date will be officially proclaimed after the voter registration weekend scheduled for 18 to 19 September. 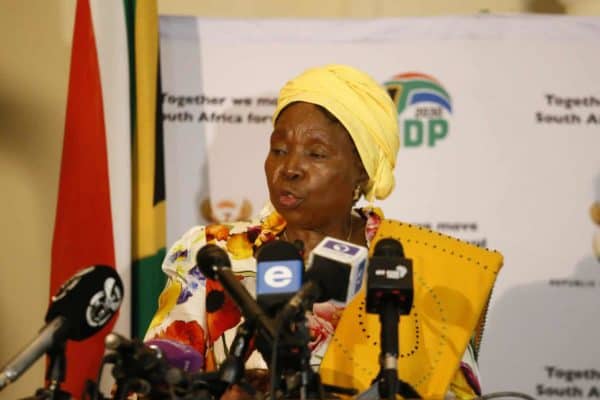 This follows last week’s dismissal of the Independent Electoral Commission’s (IEC’s) application at the Constitutional Court (ConCourt) to postpone the polls to February 2022 due to the Covid-19 pandemic.

The ConCourt had ordered the commission to hold the municipal elections between 27 October and 1 November.

The minister said the new date would be officially gazetted after the voter registration weekend, scheduled for 18 to 19 September.

She said gazetting the proclamation prior to the voter registration weekend would result in the automatic closure of the voters’ roll.

“After consultation with the IEC, we’ve come to the determination that this year’s local government election will be held on 1 November 2021. This is in accordance with the constitution read with the Municipal Structures Act as the act prescribes that the election must be held within 90 days from the end of the five-year term of local government,” she said.

Dlamini-Zuma was speaking during a virtual media briefing.

She said government chose 1 November as the date for the municipal elections because the IEC had indicated that it needed more time to prepare for the elections.

Dlamini-Zuma said this would be the first time the local government elections would be held on a Monday as the polls are usually held on Wednesdays.

“But as I explained, the IEC having not had the registration weekend earlier [in July] and having hoped for the ConCourt to postpone the election, of course now they have a very short time to do everything and do it correctly.”

She said government was discussing declaring 1 November as a public holiday so that voters can be able to cast their ballots.

“That process will take place,” she said.

Dlamini-Zuma added that political parties would be able to campaign provided that they adhere to Covid-19 regulations and protocols. South Africa is currently under level 3 restrictions.

READ NEXT: ‘Bending to the ANC’: DA fires salvo at IEC over reopening of candidate registrations