Rohde: I must be granted bail to deal with business or my family will suffer

He maintains that funds available for his daughters will run out by the end of the year. 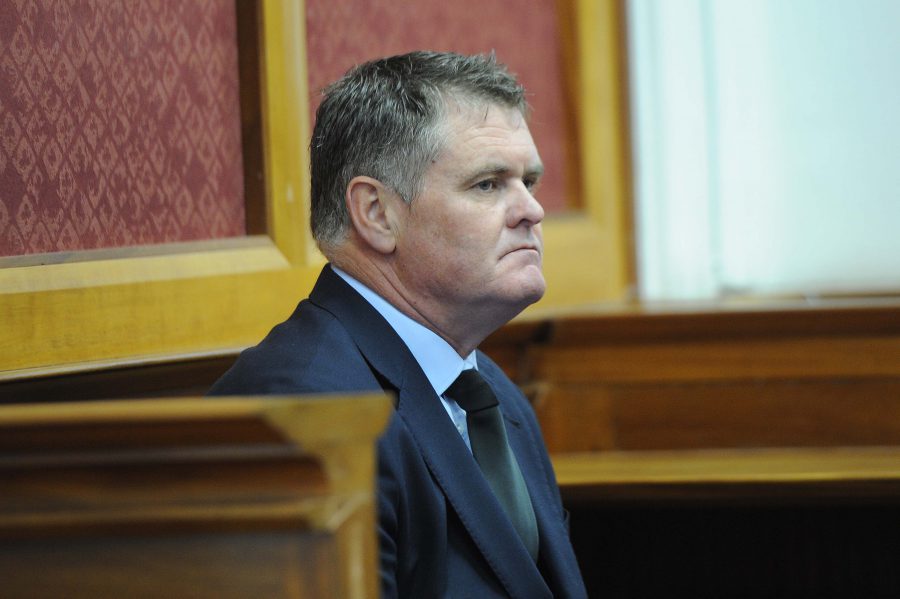 Jason Rohde appears in the Western Cape High Court for the murder of his wife, 5 June 2018. Picture: Ayanda Ndamane/ANA

Property mogul and convicted murderer Jason Rohde believes he and his family will suffer immeasurable prejudice should he not be released on bail, ahead of his Supreme Court appeal, to attend to his business.

In an affidavit supporting his application, Rohde said available funds for his daughters were expected to last only until December.

“Acting upon legal advice, I wish to state further that I have a more than reasonable prospect of success on appeal against both the conviction and sentences imposed in respect of both Constitutional and legal grounds,” his affidavit reads.

Netwerk24 reported that Rohde had claimed in his papers that businessman Lew Geffen, a 25% shareholder in his company, Glasshouse Realty & Associates (Pty) Ltd, was setting aside money meant to be paid from the King Edward Trust – of which Rohde is a director and beneficiary – to Glasshouse.

Geffen filed an application in the Gauteng High Court in Johannesburg on July 9 to stop Rohde and his lawyer, Tony Mostert – who is an acting trustee and director in the companies – from acting as an active member of the company.

Geffen’s application – which lists Mostert, Rohde, mother Brenda Rohde, Maureen Taggart and Glasshouse Realty & Associates among the respondents – said the day Rohde was convicted, he was disqualified from being listed as a trustee and director.

Rohde was sentenced in the Western Cape High Court in February to an effective 20 years in prison, for killing his wife and staging her suicide at the Spier Hotel in Stellenbosch three years ago.

He has, however, maintained his innocence, claiming his extramarital affair had driven his wife to take her own life.

‘Extreme prejudice to my children’

Rohde in his papers said that due to his convictions and sentences, his former co-shareholders in the real estate company, who are also trustees of the trust, were attempting a hostile takeover of the businesses, isolating money due to the Glasshouse from the trust.

“It is on record that they wish to divert these monies from the trust to the beneficiaries of the trust, [who] have no entitlement thereto, to the exclusion of the company to whom the trust is indebted.”

Rohde maintains that he, as the second respondent, needed to attend to the case urgently.

“In essence, the entire application relates to me and is pivotal to the continuation and existence of my business interests in a real estate agent company, which has been my only source of income and my interests as a beneficiary of the King Edward Trust which is a trust linked to the shareholders and directors of the real estate company.”

The financial situation of his children without his support and maintenance was not only extremely prejudicial, but would be dire without his help, Rohde said.

This, as it is anticipated that the funds available for his daughters will run out by the end of the year.

“I wish to state further that if on appeal it is found that my late wife committed suicide, then the insurance policies will have to be repaid because they were both subject to a two-year suicide clause. This is also a new fact which will have extreme prejudice to my children.”

The Geffen matter is expected to be heard later this month.