Almost two months after his release on parole, Fees Must Fall activist Kanya Cekeshe says he finds being given special remission conflicting. 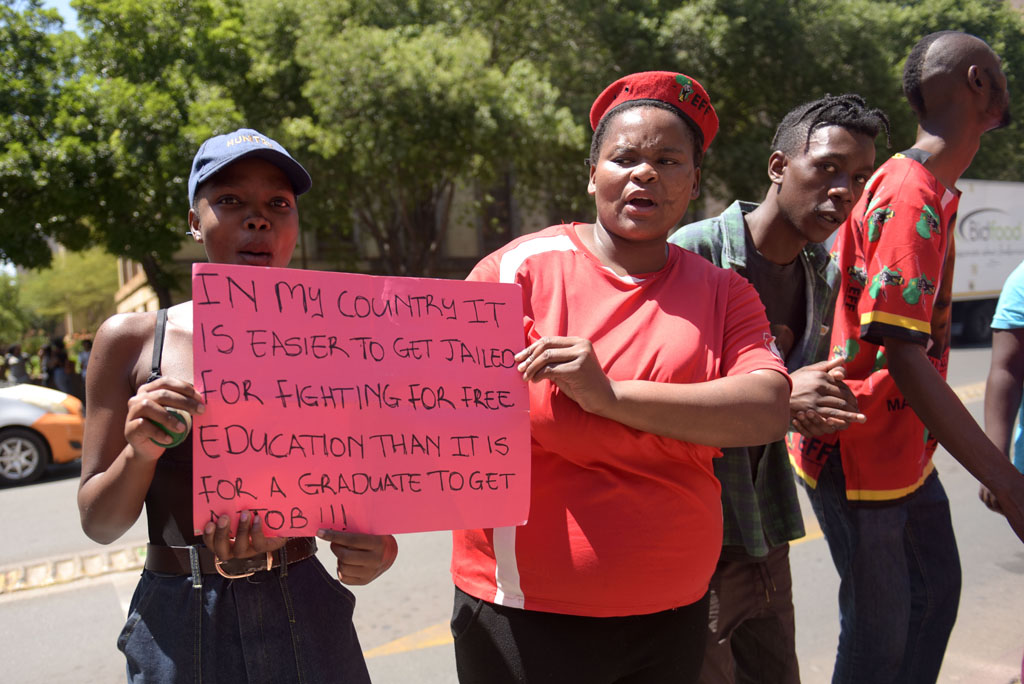 Cekeshe spoke to News24 on Monday, reflecting on the student movement, his arrest and his release in December 2019.

The 25-year-old was convicted of public violence and malicious damage to property when he tried to set alight a police van during the Fees Must Fall protests in 2016.

He was handed an eight-year sentence, of which three years were suspended, in December 2017.

Reflecting on his release on parole in December 2019, Cekeshe said while he was happy about being physically out of prison, he still worried about the criminal record attached to his name.

“I was happy about going home but was conflicted about the [special] remission because it doesn’t mean my criminal record is removed and at the same time, I still have this ongoing case. The reality is you are going home, but we still continue to prosecute you,” he said.

One of his parole conditions was that he must report to a police station twice a month and should not leave Gauteng without informing the authorities.

He said the parole conditions are like a sword hanging over his head as he found himself agonising about being sent back to prison if he were to breach any of it.

“You can’t help but feel conflicted because it’s basically turning my home into a prison because I am out on parole but still have all these conditions.

“Should I break any one of those conditions, it’s back to jail, and on top of that, there is still the three-year suspended sentence adding to everything else,” Cekeshe said.

Speaking at the Day of Reconciliation celebrations in Bergville, KwaZulu-Natal, in December 2019, President Cyril Ramaphosa announced that some inmates would receive special reduced prison sentences as the country celebrated 25 years of democracy.

He said the move was in line with “established international practice” and would grant a special remission of sentence to offenders, probationers and parolees.

Cekeshe said he was grateful that he had eventually been given the opportunity to be home with his family, but he felt authorities could have done more. He did not elaborate but said he felt limited in what he could currently do.

“I was definitely grateful but conflicted.”

Cekeshe was appealing his sentence at the Gauteng High Court in Johannesburg.

Reflecting on the day he was released, December, 24 2019, Cekeshe said his entire family cried when he made his way into his home, two years after he left.

“We cried. It was an emotional experience. When I walked in, there was this ‘Welcome Home’ sign. And my sister and brother were still sleeping. And when I walked into my sister’s room, the first thing she asked was: ‘Am I dreaming?’ and she started to cry,” an emotional Cekeshe said.

The activist said he is determined and focused on the future.

He has adapted to his new routine at home and has successfully registered to study law at the University of South Africa.

He dreams of doing more political activism and helping inmates reintegrate back into society.

At the same time, he was also making up for the time he had lost with his family.

“I am trying to recollect myself, spending as much time with family as I can.”