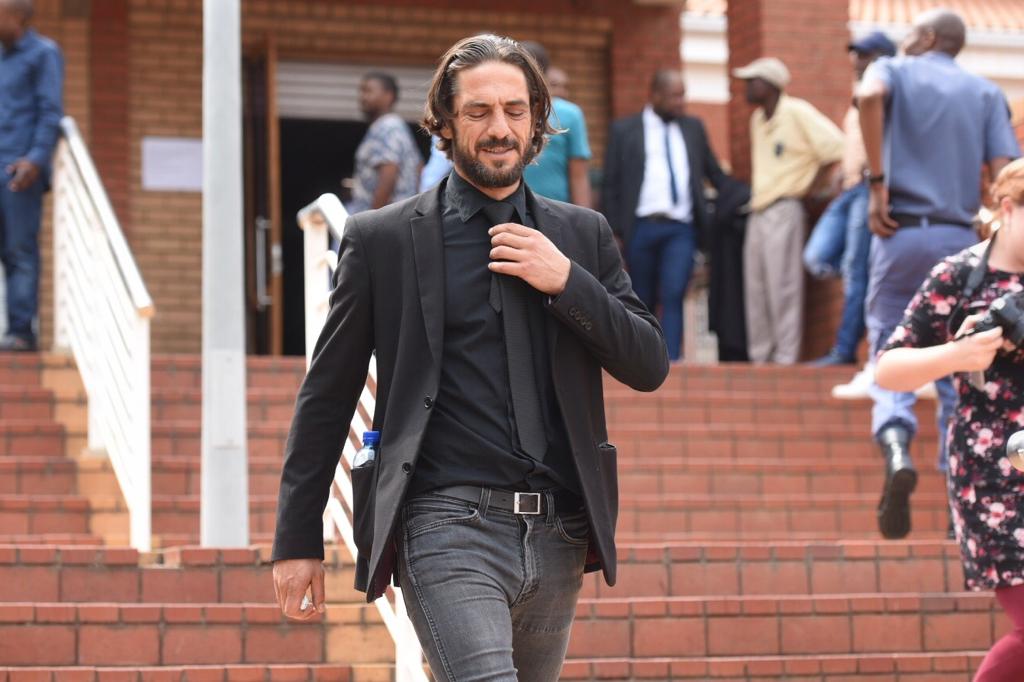 The EFF left the Randburg Magistrate’s Court on Friday disappointed after racist Adam Catzavelos was slapped with a R50,000 fine or two years in jail, wholly suspended for five years on condition that he doesn’t commit a similar offence.

Catzavelos, 41, pleaded guilty to a charge of crimen injuria in December last year after his video went viral in 2018.

In it he had celebrated in the fact there were no black people on the beach: “Not one k***r in sight, f*king heaven on earth … You cannot beat this!”

The EFF then laid criminal charges against him, while the SA Human Rights Commission (SAHRC) lodged a complaint with the Equality Court.

During arguments in mitigation of sentence two weeks ago, EFF Gauteng leader and complainant Mandisa Mashego pleaded with the court that Catzavelos should be sentenced to 10 years in jail, even though he had been fined R150 000 and ordered to do hours of community service with an NGO by the Equality Court.

“I hope that once Catzavelos is done attending some sort of rehabilitation with an NGO in Soweto, he will see the need to go back to his white community, family, friends and colleagues and try to rehabilitate whoever he knows about racism,” Mashego said on Friday.

She said Magistrate Hleziphe Nkasibe, who sentenced Catzavelos, had been constrained by the fact that racism hadn’t been criminalised.

“One thing that will resolve our racist past and also protect black people from this indignity and inhumanity is if racism is criminalised, because currently it is not.”

“In the law book, racism is not criminalised. That’s why we were left with no choice but to stick to a crimen injuria charge and only talk to the issue of racism. This case points out the need for racism to be criminalised,” Mashego said.

During sentencing on Friday, Nkasibe said: “I am of the view that a fine coupled with suspension is inappropriate under the circumstances.”

Nkasibe said she was mindful that the court couldn’t change human behaviour.

“He pleaded guilty and this is a sign of remorse and that is mitigatory,” she said Nkasibe.

Nkasibe said she also considered that Catzavelos had been punished earlier by the Equality Court for his racist rant.

As part of an agreement reached with the SAHRC, he has to pay R150,000 over a period of 30 months and perform community service.

Addressing the media outside the court, Catzavelos said he was relieved and grateful with the sentence.

Catzavelos also said he was relieved that he appeared before a fair and reasonable magistrate.