North West police have arrested a 24-year-old man for allegedly raping a six-year-old girl at a supermarket in the city of Hebron. 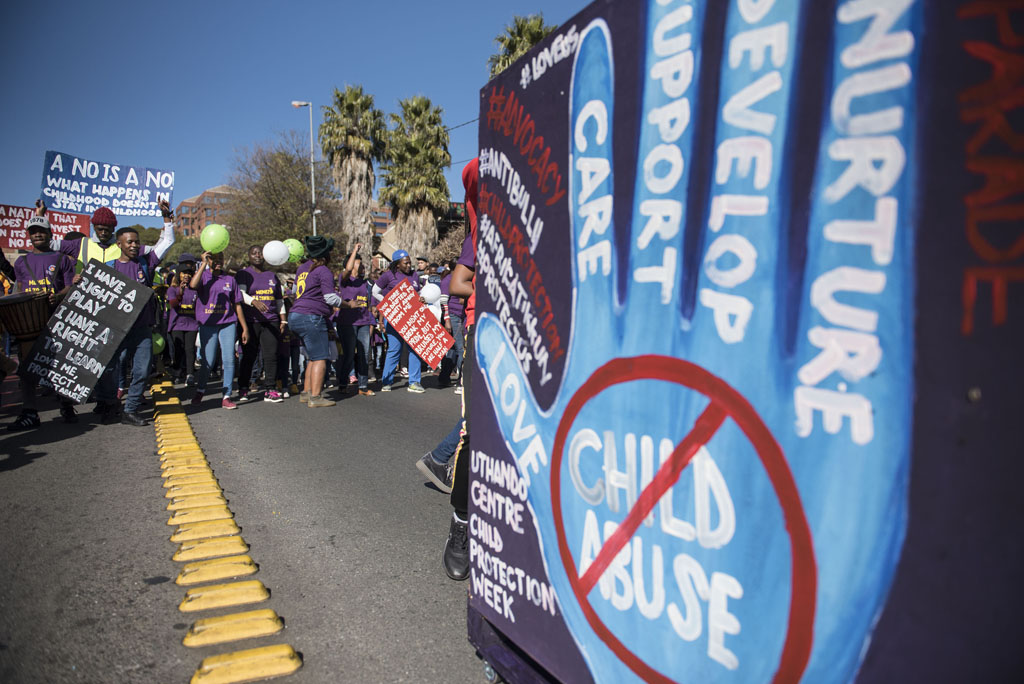 Children, staff and supporters from the Afrika Tikkun Uthando Centre march, 5 June 2019, through the streets of Johannesburg raising awareness for children's rights during Child Protection Week, which runs until 9 June. The march highlighted that, that according to Minister of Police Bheki Cele, 2 600 children were murdered – 5% of the total murders – and 41% of all reported rape cases have been of children. Picture: Michel Bega

The man was arrested on Saturday.

It is alleged the girl was sent by her mother to a local supermarket on 5 May and the incident happened upon her arrival.

“After the ordeal, the victim went home and reported the incident to her mother. Further investigations led the police to identify and apprehend the suspect with assistance of members of the community,” police spokesperson Colonel Adéle Myburgh said.

On Monday, the suspect appeared in the Ga-Rankuwa Magistrate’s Court, facing a charge of rape.

He will remain in custody until his next appearance on 21 May when he would be filing a formal bail application.

Provincial commissioner Lieutenant-General Sello Kwena commended the police for the swift arrest, saying crimes against women and children were a national priority, and they would leave no stone unturned until perpetrators were brought to book.cr