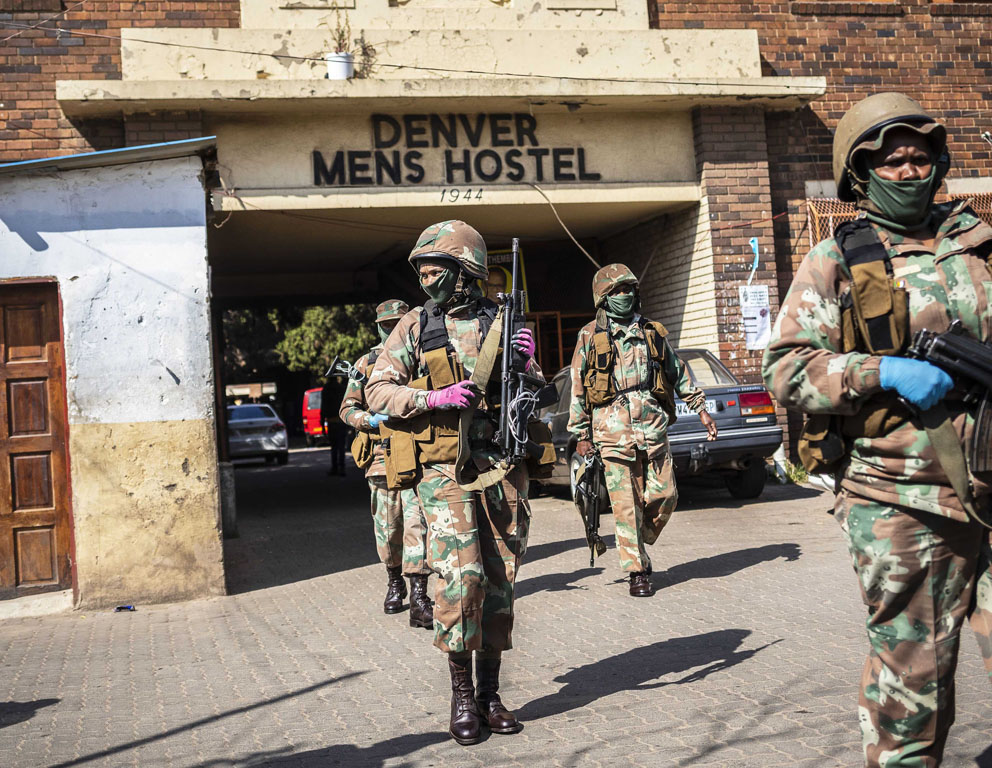 The Gauteng High Court in Pretoria has ordered absolute rights such as those to dignity and not to be treated or punished in a cruel, inhuman or degrading way cannot be removed, compromised or limited even during a national state of disaster and the lockdown.

On Friday, Judge Hans Fabricius handed down judgment in favour of the family of Collins Khosa who had launched an urgent application after he was beaten to death allegedly by members of the SA National Defence Force (SANDF) in Alexandra, Johannesburg, in March.

The application sought to force the government to intervene and reign in law enforcement agencies which have been accused of using excessive force during the lockdown. This included declaratory orders on the rights of citizens that cannot be infringed upon by security forces.

He added security services – which include the SANDF, police and metropolitan police departments – should act and instruct their members to act in accordance with the Constitution and law.

The court ordered the minister of defence, secretary for defence, chief of the SANDF and minister of police to command their members to adhere to the absolute prohibition on torture and cruel, inhumane or degrading treatment or punishment, and to apply only the minimum force that was reasonable to enforce the law.

Fabricius ordered them to warn all members, as well as their entire chains of command, that failure to report, repress and prevent acts of torture or cruel inhumane or degrading treatment or punishment would expose them each individually to criminal, civil and/or disciplinary sanctions, within five days of the judgment being handed down.

The court further rejected claims accused members of security forces can only be suspended after they have been found guilty by an investigation.

“The respondents claim that any accused members of the security forces can only be placed off-duty and disarmed after they have been found guilty in a thorough investigation which is underway,” Fabricius said in his judgment.

“This of course is not so. Precautionary suspensions have been ordered by courts before, where there has been a prima facie case of abuse of public authority.”

Fabricius ordered that police officers and soldiers, who were present when Khosa was killed, be placed on precautionary suspension with full pay, pending the outcome of disciplinary proceedings.

It was also recorded that the Johannesburg Metropolitan Police Department would immediately commence a process to place officers, who were present when Khosa was killed, on suspension, pending an investigation into charges of misconduct.

The court also ordered the ministers of defence and police to ensure that investigations into the treatment of Khosa and any other person whose rights might have been infringed during the national state of disaster at the hands of members of the SANDF, police and any metro police departments be completed and the reports handed to the court before 4 June.

Develop a code of conduct

The court also did not accept there were codes of conduct in place regulating how security forces should act during the lockdown and national state of disaster.

Frabricius ordered the ministers of defence and police to develop and public a code of conduct and operational procedures regulating the conduct of members of the SANDF, police and metro police departments in giving effect to the declaration of the national state of disaster.

An order was also handed down to establish a freely accessible mechanism for civilians to report allegations of torture or cruel, inhumane or degrading treatment or punishment, committed by members of the SANDF, police and metro police during of the national state of disaster.