Standing in front of the court on Friday, Steenhuisen claimed no response was forthcoming, leaving him with no choice, but to approach the courts. 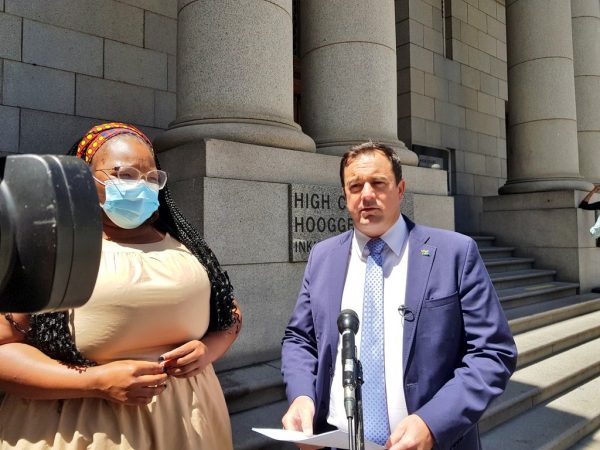 The DA on Friday lodged an urgent application to the Western Cape High Court to compel government to develop and release a comprehensive plan for the Covid-19 vaccine rollout.

Last week Monday, the party’s lawyers wrote to the office of President Cyril Ramaphosa, asking him to respond within seven days with a detailed report on all government’s negotiations with vaccine suppliers as well as government’s full vaccine rollout plan.

Standing in front of the court on Friday, Steenhuisen claimed no response was forthcoming, leaving him with no choice, but to approach the courts.

READ MORE: DA on vaccine procurement: ‘Five minutes later there will be corruption’

“Today our lawyers made an urgent application to the Western Cape High Court to obtain a declarator that government’s conduct in procuring vaccines as well as its preparation for the rollout of these vaccines are in violation of several constitutional principles,” said Steenhuisen.

“We asked the court to instruct government to develop a comprehensive and coordinated vaccination rollout plan, and to deliver this plan no later than one month of the order.” 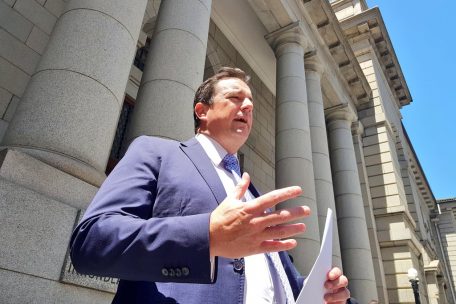 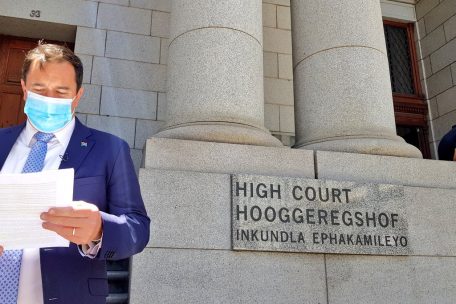 The DA argued that the failure to provide Covid-19 vaccines timeously when these vaccines become available is a violation of people’s rights in terms of Section 27(1) of the Constitution to have access to healthcare services, as well as a violation of government’s obligation in terms of Section 27(2) to take reasonable measures to achieve the progressive realisation of the right to access health care.

Furthermore, the DA argued that it’s a violation of the right to life, as enshrined in Section 11 of the Bill of Rights.

ALSO READ: DA gives Ramaphosa 7 days to give full vaccination plan… or else

“There is also no rationality in failing to secure sufficient vaccines despite knowing early on how important they’d be and having had access to them.

“This falls short of the fundamental constitutional prescript of the Rule of Law, which requires that decision-making be rational,” said Steenhuisen.

Steenhuisen likened the relief they were seeking to that which the Treatment Action Campaign (TAC) was granted in the early 2000s when it took government to court to compel it to make public its antiretroviral rollout programme.

DA national and health spokesperson Siviwe Gwarube said it was also a prerogative for MPs to do their job that there is a plan.

“A plan is not a PowerPoint presentation,” she added. Earlier this month, Ramaphosa announced that his deputy David Mabuza would head an inter-ministerial committee responsible for the rollout of the vaccine.

This year’s first Cabinet lekgotla is underway from Thursday until Saturday, with vaccines high on the agenda. Acting Minister in the Presidency Khumbudzo Ntshavheni said on Thursday: “The first priority is getting vaccines to South Africans.”