Zuma's rescission application was dismissed with costs, and the majority judgement had some choice words for the former president. 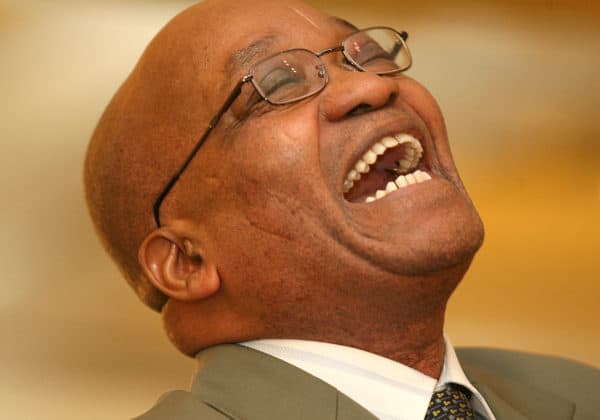 The Constitutional Court (ConCourt) on Friday has upheld its decision to sentence former president Jacob Zuma to 15 months in prison.

Khampepe said the majority judgment held that Zuma’s application did not met the statutory requirements for a rescission, with the court dismissing his application.

In a dissenting judgment, however, Justice Leona Theron and Justice Chris Jafta concluded that Zuma’s imprisonment was unconstitutional as it was without a trial or a right of appeal.

Both judges argued that the ConCourt’s 29 June order was not compliant with the Constitution as well as international law and as such, can be rescinded.

The former president was ordered to pay the costs of the Commission of Inquiry into Allegations of State Capture, including the costs of two counsel.

Here are the key quotes from justice Khampepe’s ruling:

Justice Khampepe highlighted that Zuma’s elected absence from the contempt case, which formed the basis for the rescission bid, was wholly misdirected.

“Elected absence like that of Mr Zuma constitutes more than litigious skulduggery which does not have the effect of turning a competently granted order into one erroneously granted. It is quite simply not for sorts of these circumstances the law of rescission caters [for].

“Mr Zuma’s purported absence is not the only respect in which his application fails to meet the requirements of Rule 42, subsection 1(a). The majority finds that he has also failed to demonstrate why the order why erroneously granted.”

She said Zuma was afforded the opportunity to make submissions on the sanction he should face, which he refused to do.

“Mr Zuma had multiple opportunities to bring these arguments to the court. That he opted not [to] cannot mean that the court committed an error in granting the order. To his peril, Mr Zuma declined to participate in the contempt proceedings and disdainfully dismissed a further opportunity when invited to so. He only attempts to justify his absence now that the shoe pinches,” she said.

‘Justice would be compromised by chaos’

She further indicated the majority judgment found that it was not in the interests of justice that “Zuma’s tactics of litigious vacillation be tolerated”.

“The legislature has deliberately carved out exceptionally narrow grounds for rescission because the notion of rescinding court orders constitutes an affront to the general rule that orders, especially those of the apex court, are final.

“This, it was emphasised because if orders of court are too readily set aside the administration of justice would be compromised by chaos. Despite Mr Zuma’s creative attempts to have the order set aside, the majority of the Constitutional Court finds that the qualification rule 29 of the Constitutional Court, which incorporate rule 42 with such modifications as are necessary, provides no panacea to this ill-fated application for rescission.”

Justice Khampepe added that Zuma had sought to reopen the merits of the contempt proceedings, which had already been disposed of.

“In conclusion, the majority of the Constitutional Court found that Mr Zuma has not met the requirements of rescission in terms of rule 42(1Xa) or the common law. Instead, in launching an application for rescission, Mr Zuma opportunistically sought to reopen the merits of the contempt proceedings.

“The majority held that it would be contrary to the interests of justice to expand the legal grounds of rescission or reconsider the judgment and order the Constitutional Court handed down on 29 June 2021. Accordingly, the majority dismissed the application with costs.”