Ntuthuko Shoba is expected to stand trial at the JohannesburgHigh Court in October. 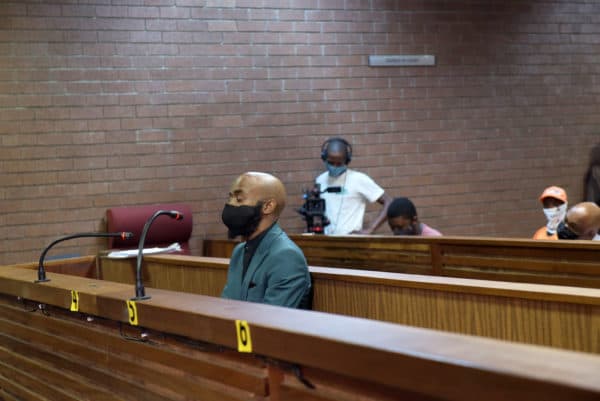 Ntuthuko Shoba, the alleged mastermind behind Tshegofatso Pule’s gruesome murder, has suffered another blow after he was denied bail for the third time.

The third bail application was heard virtually in the Johannesburg High Court on Wednesday, with Judge Nomonde Mngqibisa-Thusi saying the Roodepoort Magistrates Court was justified in denying Shoba bail, according to Power987.

“Having read the documents field off record and having heard counsel, I am not convinced that the court a quo erred in its exercise of its discretion in finding that the appellant has failed to discharge the onus to prove that exceptional circumstances exist permitting his release on bail. In the result the following result has been made. The appeal against the refusal to grant bail to the appellant is dismissed,” Mngqibisa-Thusi said.

Shoba had brought forward a third bail application, claiming that he has been receiving death threats from inside prison.

The 32-year-old, who has been denied bail twice by the Roodepoort Magistrates Court, is currently being held at the Johannesburg Prison.

The accused is expected to stand trial at the Johannesburg High Court on 4 October for allegedly orchestrating Pule’s death.

He is facing charges of murder, conspiracy to commit murder and defeating the ends of justice for his alleged involvement.

Pule was eight months pregnant when she was killed by Mzikayise Malephane on 4 June 2020. She was found stabbed and hanging from a tree in a Roodepoort.

Malephane, who confessed to killing Pule, claimed Shoba hired him to kill Pule.

He is currently serving 20 years in jail at the prison after he pleaded guilty to murder in February and turned state witness.

He revealed how the gruesome murder was executed, saying the plan was to hang Pule to make it look like a suicide.

Although he shot her, he still proceeded to hang her body.

It is alleged Pule was killed because she refused to terminate her pregnancy.