The former spy boss said Zondo is unfit to be the face and embodiment of the values enshrined in the Constitution of South Africa. 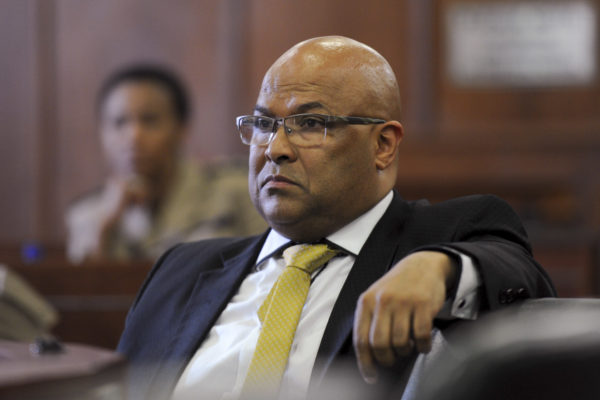 Arthur Fraser, the former head of correctional services and the former chief of spies, officially objected to Deputy Chief Justice Raymond Zondo’s bid for the position of Chief Justice.

In a letter dated Friday, 15 October, the deadline for the public to raise objections, Fraser said Zondo lacked the requisite judicial independence which the position of chief justice would demand.

He also believed Zondo lacks the integrity and fairness required for the position, as well as the necessary loyalty to the oath of office taken by judicial officers when they are appointed.

In the letter addressed to the panel chaired by former Judge of the International Court of Justice, Navi Pillay, Fraser said the reason for his objection was shaped by Zondo’s conduct during the state capture commission.

While investigating former President Jacob Zuma’s ties to the Gupta family, Zondo linked Fraser to the abuse of secret service funds. However, Fraser said he was never given an opportunity to clear his name.

He said people who had been implicated in less serious crimes were given an opportunity to testify.

“The fact that in three and a half years, Deputy Chief Justice Zondo did not even find a day for me to testify, demonstrates his lack of impartiality”, Fraser wrote.

Therefore, Fraser argues that Zondo “is unfit to be the face and embodiment of the values enshrined in the Constitution of South Africa”.

Fraser believes Zondo was only playing to the tune of the political elite to “endear himself”, in the hopes of being the next Chief Justice.

“I have reason to believe that Deputy Chief Justice Zondo did this in order to endear himself with the political class so that he can secure the position of Chief Justice for which he is now nominated,” Fraser added.

Moreover, he believes Zondo did this on purpose in an attempt to protect the individuals Fraser may “have exposed as the real culprits” in state capture.

Fraser adds: “I further have reason to believe that his deliberate conduct sought to protect the real origins of the idea of the commission as a foreign-sponsored concept”.

The period for public comment closed on Friday, 15 October 2021 and the shortlisting panel will be scrutinising some 564 submissions received.

In a statement on Tuesday, Pillay expressed the panel’s appreciation for public participation in this process, while the Presidency said submissions “vary greatly in substance and volume.”

Going forward, each nominee will be given an opportunity to comment on the public submissions made in respect of his or her nomination.

The panel will then commence with the “assessment and evaluation of each candidature in order to compile a shortlist of three to five candidates for submission to, and further consideration by the President”.

The eight nominees for the position of Chief Justice are as follows:

The panel anticipates it will submit its shortlist of three to five names to the President by no later than 29 October.