Ninow has been an awaiting-trail prisoner at Kgosi Mampuru prison in Tshwane since his arrest, and says he has used drugs on at least 20 different occasions in prison. 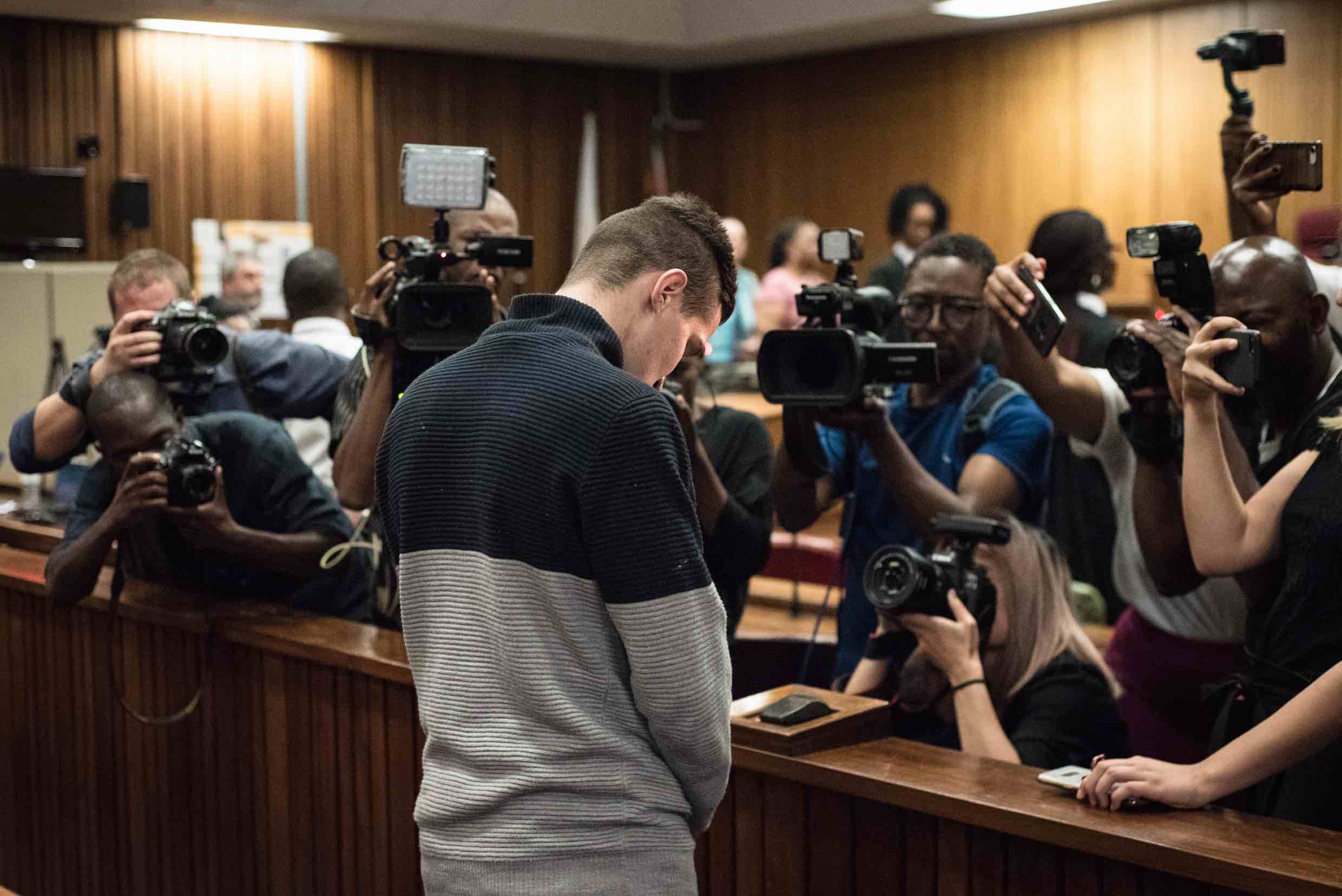 Convicted rapist Nicholas Ninow admitted that he has used drugs while in prison, on at least 20 different occasions.

Taking the stand to testify in mitigation of sentence in the Gauteng High Court in Pretoria on Wednesday, Ninow told the court that since his arrest in September 2018, he is still using drugs despite being incarcerated.

Ninow was detailing his history of drug abuse that began when he was 13-years-old after being introduced to CAT by his mother.

He said on the day that he raped the 7-year-old girl in the bathroom of a Dros restaurant in Pretoria, he was on day three of a drug binge, mainly doing a mixture of CAT and crystal meth.

Ninow even abruptly left work to sit at a bar to drink and snort drugs.

He then made a surprise admission that his drug usage continued after he was arrested and imprisoned. Ninow, who did not apply for bail, has been an awaiting-trail prisoner at Kgosi Mampuru prison in Tshwane since his arrest.

Ninow added he had used drugs on at least 20 different occasions in prison.

Ninow’s drug use in prison to be investigated

“It must be investigated when he accessed drugs, from where and the identification of whoever may have been involved.

“Drugs are classified as a contraband and not allowed inside our centres, hence you must be charged criminally should you have them in your possession,” Nxumalo said.

“An investigator will have to be appointed to look into what Ninow has said in court. It is a serious issue for the department and we will follow it through in order to ensure that whoever is involved in the smuggling is identified and dealt with through the criminal justice system.”

Nxumalo also clarified that Ninow was in a communal cell, after he previously confirmed that he was being kept in a single cell, separate from the general population.

This followed an assessment by various specialists who found Ninow could be a threat to himself and that other inmates could also target him because of his elevated profile.

“Security classification determines where an inmate is placed inside our centres. Numbers fluctuate due to daily movements and other factors.

“A communal cell will have the prescribed number of inmates that it can accommodate. We cannot disclose the numbers of inmates housed in a cell where Ninow is placed, disclosing such information could be a security risk,” Nxumalo said.

He was found not guilty of assaulting two Dros employees after he was caught, and a kidnapping charge was withdrawn by the State before the trial commenced.

On Wednesday, Ninow testified, along with a psychologist and probation officer. His grandmother, Pauline Gericke, also took the stand and is expected to continue testifying on Thursday.

The State intends on calling one witness to testify in aggravation of sentence.