The suspects were arrested just over a week after Agnes Elaine Burns, 91, and Rosemary Langton, 87, were killed in the early hours of October 10. 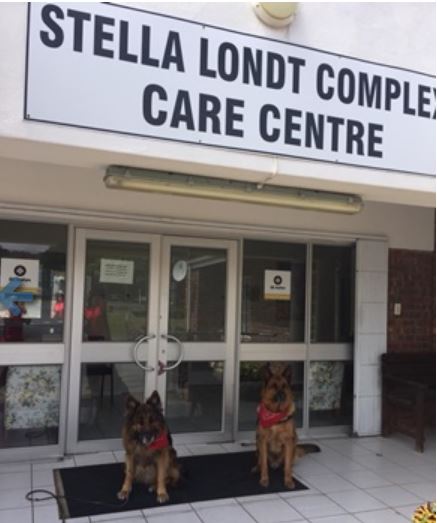 A carer for the aged on duty the night two elderly women were murdered at a retirement centre in Port Elizabeth is expected to appear along with four others in the local magistrate’s court on Monday.

The suspects were arrested just over a week after Agnes Elaine Burns, 91, and Rosemary Langton, 87, were killed in the early hours of October 10.

Police spokesperson Colonel Priscilla Naidu said Mount Road Cluster detectives, the Hawks and National Prosecuting Authority “worked tirelessly throughout the days and nights in an attempt to make a breakthrough”.

One woman and four men were arrested between 01:00 and 02:00 on Friday morning in Port Elizabeth.

“Some of the [stolen] items were recovered from a suspect in the Kuyga area,” she said.

The female suspect, 34, works at the retirement home as a carer and was on duty at the time of the murders.

It is believed that on the morning the two women were killed, an unknown number of intruders entered the premises at St John Stella Londt Centre through an unlocked door and security gate on the upper level of the main building in the complex.

“The suspects entered the first room where they confronted [Burns]. She was found on the bed with her feet and hands tied and her mouth gagged. The room was ransacked,” Naidu said.

“The suspects then entered another room further down the passage where they then confronted [Langton]. She, too, was found with hands and feet tied and mouth gagged. Her room was also ransacked.”

Kruger rands, elite watches, gold rings, a wedding band with a precious stone and other jewellery as well as a cellphone was taken.

The carer as well as a 30-year-old man will be charged with the murder.

The three remaining suspects – aged 20, 27 and 33 – will appear on charges of accessory to murder and money laundering.

After the murders, the centre’s CEO George Woods told News24 they had spent the previous eight to 12 weeks upgrading existing security as the elderly were becoming increasingly vulnerable to crime.