Gauteng police bust more than 900 suspects in one weekend

Under Operation O Kae Molao, traffic infringement fines to the value of R94,400 were also issued. 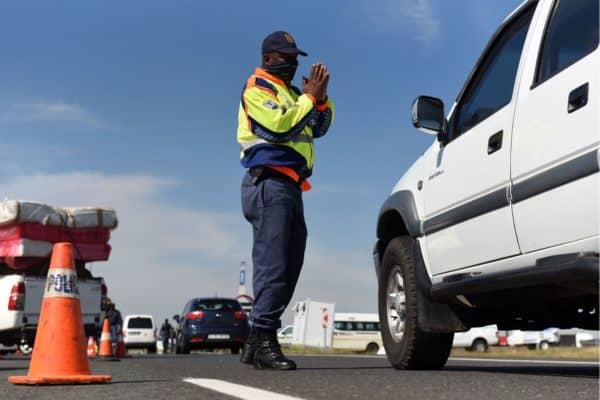 Close to 1,000 suspects were arrested across the Gauteng province for various crimes over the past weekend, police reported on Monday.

Some suspects were nabbed for included driving while under the influence of alcohol, selling liquor without a licence, malicious damage to property, assault, dealing with and possessing drugs, possession of stolen property and theft.

Some of the arrests are attributed to police’s Operation O Kae Molao, in Ga-Rankuwa and Akasia, Tshwane, which saw 242 people arrested.

Under the operation, traffic infringement fines to the value of R94,400 were also issued, thanks to strategically placed roadblocks.

Other operations were conducted by police in Ekurhuleni, Johanesburg, the West Rand and Sedibeng districts from Friday until Sunday morning, which saw the arrest of over 670 suspects.

All arrested suspects are expected to appear in various magistrate’s courts in Gauteng soon.

Gauteng police commissioner Lieutenant-General Elias Mawela, who led the Tshwane-based Operation O Kae Molao, said he had no doubt that police efforts over the weekend would have “a positive and direct impact on the reduction of the rate of contact crime in our province”.

Spiking on the rise

Meanwhile, police have warned motorists once again to be extra careful and wary of spike gangs, after a family car got punctured on Friday.

Suspects who spike vehicles place devices with sharp objects in the middle of the road, and wait for unsuspecting motorists to drive over them. When motorists stop to check their tyres, they are robbed, and sometimes assaulted and killed.

In the latest incident, which occurred on the R80 in Pretoria, a family was attacked but escaped with their lives, after the driver – who was busy changing the vehicle’s tyre – was shot at, but managed to shoot back.

The man, reportedly an off-duty police sergeant stationed at the Lanseria Airport, hit one suspect on the upper body, while the other two fled on foot.

The shot suspect was later certified dead by paramedics.