Police were still on the hunt for four more suspects involved in the robbery. 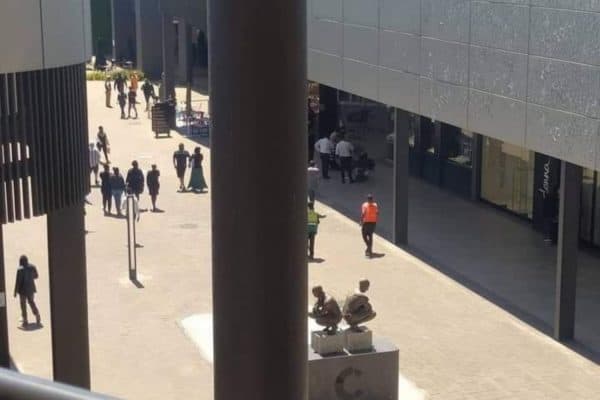 A 55-year-old man, who is the owner of the store, was fatally shot by the suspects. Picture: Twitter/@Abramjee

Two suspects were arrested on Monday night in connection with a robbery that happened at a jewellery store in Centurion Mall.

“The suspects were also found in possession of the vehicle allegedly used to flee the scene,” Sello said in a statement.

Gauteng police were still on the hunt for four more suspects, who were involved in the robbery that happened on Monday morning around 11:00.

During the robbery, the owner of the jewellery store – a 55-year-old man – was shot twice in the upper body by the suspects before they fled and he died on the scene. The suspects fled with an undisclosed amount of jewellery.

Sello said preliminary investigations revealed that one of the arrested suspects is wanted for a different case of robbery.

“The police still appeal to the public to come forth with information that can assist with the investigation on the Crime Stop Line 08600-10111 or MySapsApp which can be downloaded on any smartphone,” she said.