WATCH: Suspect sets car full of ammo on fire before shooting himself in chest

A video taken by an eyewitness shows the car engulfed by flames, with loud bangs reverberating from the bullets being set off inside the vehicle. 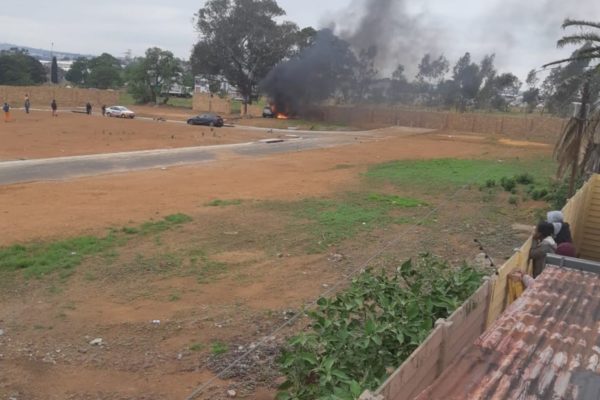 The view from Theo Le Battie's window after a man set his car on fire and shot himself in the chest three times. Photo: Supplied

An eyewitness has detailed the grisly scene of a suspect setting his car alight and shooting himself in the chest three times, after a car chase involving a metro police officer on Wednesday.

Regents Park resident Theo Le Battie saw the incident unfold from the window of his house. He says the suspect smashed through the locked gate of the neighbouring complex that is being built, before crashing into a wall.

The JMPD cop then approached the suspect who was trying to get something out of the boot of his silver-grey Mazda SUV. The officer, however, was pushed aside.

“He flung the metro cop away like a piece of paper,” said Le Battie.

At this point, according to Le Battie, the metro cop saw a gun and many rounds of ammunition in the the suspect’s car and decided to retreat.

When the cop returned with a fellow metro police officer and security guards from the area, the suspect had set his car alight. A video taken by Le Battie shows the car engulfed by flames, with loud bangs reverberating from the bullets being set off inside the vehicle.

By the time the police officers had returned to the scene, the suspect had shot himself three times.

“He fired the first and second shots and fell down. He then sat up and fired a third shot and that killed him,” said Le Battie. 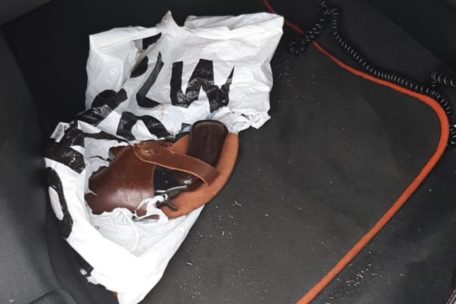 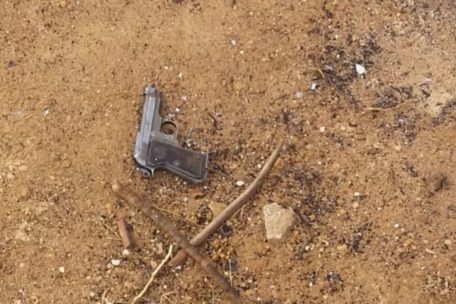 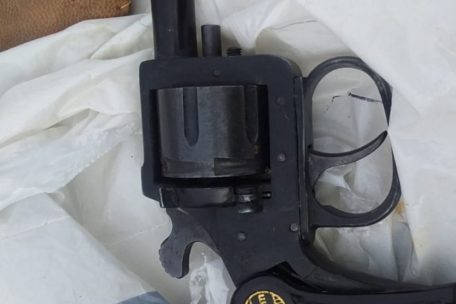 “An inquest docket will be opened to establish the cause of the death of the driver.”