KZN man arrested after being bust with drugs worth R1.3 million

Among the drugs found were 26 bags of crystal meth, eight bags of cocaine and 24 ecstasy tablets 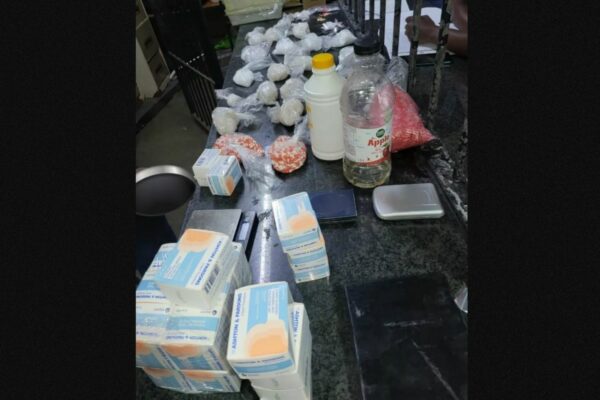 A 42-year-old man was arrested in Margate, KwaZulu-Natal, on Saturday for possession and dealing in drugs worth R1.3 million.

The arrest comes after a police operation conducted across KwaZulu-Natal to curb drug related crimes.

Police stopped the suspect’s vehicle after receiving information about a man who was travelling from Margate to transport drugs.

“The vehicle was spotted travelling along Maureen Street in Margate. The vehicle was intercepted and the driver was searched where 13 orange and white capsules of heroin were found in his jeans pocket,” police spokesperson Lieutenant-Colonel Nqobile Gwala said.

During the search, police found 26 bags of crystal meth, eight bags of uncut stones of cocaine, 24 ecstasy tablets, four bags of empty plastic capsules, a weighing scale, a one-litre bottle of acetone that is used to mix the drugs, and 22 boxes of infant powder.

In total, drugs worth R1.3 million were recovered.

He is expected to appear before the Ramsgate Magistrate’s Court on Monday.

Driver found with R3m worth of tik at roadblock

This comes after police in the Western Cape arrested a 36-year-old man last week after he was found transporting drugs worth R3 million along the N1 in Prince Albert.

The man was stopped during a roadblock.

Police officers discovered that one side of the vehicle had been tampered with.

Upon further investigation, they opened the side and discovered a concealed compartment with seven hidden Tupperware containers filled with what is believed to be Tik. Police confiscated the 8.64kg of Tik and arrested the driver.

At least R13,000 in cash, believed to be proceeds of the drug trade, was also seized.