SGB member Khulekani Msomi said that although the school is a no-fee school, learners had paid money and various amounts were missing. 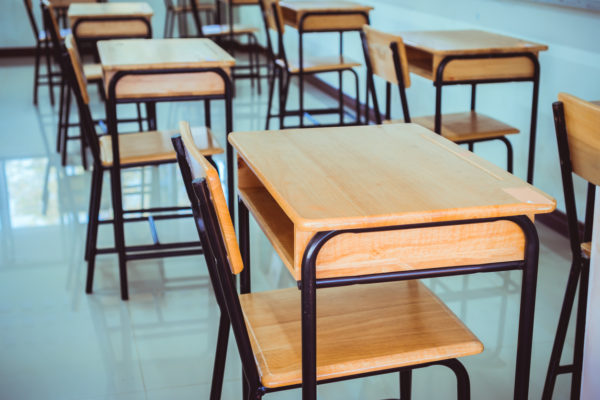 Parents shut down Laduma High School in Mpumuza, Pietermaritzburg, for two days, demanding answers about school funds and the poor condition of the school.

On Thursday, parents had protested outside the school and held the circuit manager “hostage” until police intervened. Learners and teachers were sent home on Thursday and Friday.

School Governing Body (SGB) member Khulekani Msomi said that although the school is a no-fee school, learners had paid money and various amounts were missing.

“We don’t know how that money was used, we demand answers,” said Msomi.

“The school is not in a good condition. Windows and doors are broken. Teachers and learners flush the toilets using buckets,” he said.

ALSO READ: ‘I am so done with that school,’ says banished Limpopo principal

A teacher, who wished to remain anonymous, said: “We [teachers] buy chalk ourselves. There is one school laptop that we were using but the principal blocked us from using that laptop. We have no resources at all. There is no printer. Learners have to go to town to print papers for assignments. The toilets are not working. Sometimes there is no water and electricity. It is hard for us to work yet they expect good matric results which drastically dropped last year because of the conditions we are working under,” said the teacher.

A learner at the school said, “We don’t want to end up being security guards because we were failed by the school. It should be a choice … Times are hard with the pandemic still around. Learning is not normal and this is adding to our problems.”

KwaZulu-Natal Department of Education Muzi Mahlambi said an agreement was reached to have a meeting on Saturday with all the concerned parties.

“Learners will return to school on Monday. The issue of misused funds is being investigated because it only surfaced on Thursday. They first had an issue about not having water due to municipal water challenges because the school ordinarily has running water. Some educators held the circuit manager hostage on Thursday but SAPS immediately intervened,” said Mahlambi.

We tried to get a comment from acting principal of the school, Thokozani Ngubane, but he did not answer.