UKZN remote online registration for the 2021 academic year will continue for all returning students and first-year undergraduates. Students protest at UKZN, calling for the student debt to be written off. Image: Berea Mail

As the country’s universities braced for a threatened national shutdown on Monday, the University of KwaZulu-Natal (UKZN) has suspended its academic programme for the week.

This comes amid student protests at various institutions over financial exclusion and the scrapping of historical debt.

“After thoughtful consideration of the ongoing dialogue between the national government and various bodies representing student formations in South Africa, we have decided to suspend the academic programme for the coming week, from Monday 15 March to Friday 19 March 2021, both dates inclusive,” said UKZN spokesperson Normah Zondo in a statement on Monday.

Zondo said remote online registration for 2021 would, however, continue for all returning students and first-year undergraduates.

“University management will inform staff and students of the dates for re-commencement of the semester.”

The South African Union of Students (SAUS) said it was left with no choice but to embark on a national shutdown after their meeting with Deputy Higher Education Minister Buti Manamela in Pretoria on Saturday failed to reach an agreement on students’ grievances.

SAUS said the shutdown at the country’s 26 universities would continue until its demands were met.

Wits University said on Monday lectures would continue online. The institution said it remained committed to engaging with students on their demands.

ALSO READ: UCT students with historical debt will be allowed to register

Meanwhile, the University of Cape Town (UCT) announced on Saturday that students with historical debt would be allowed to register for the 2021 academic year.

In a statement, UCT council chairperson Babalwa Ngonyama confirmed the student registration fee block for 2020 debt would be lifted for South African students and students from the rest of Africa with immediate effect. 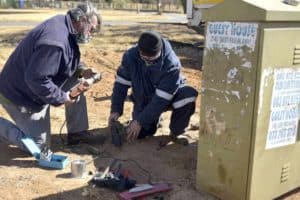 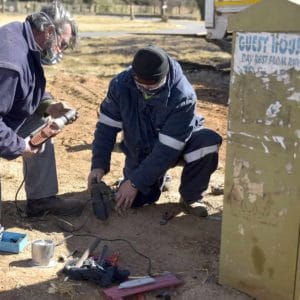