DF Malan, a National Party member, served as prime minister and during his term in office, the foundations for apartheid were laid. 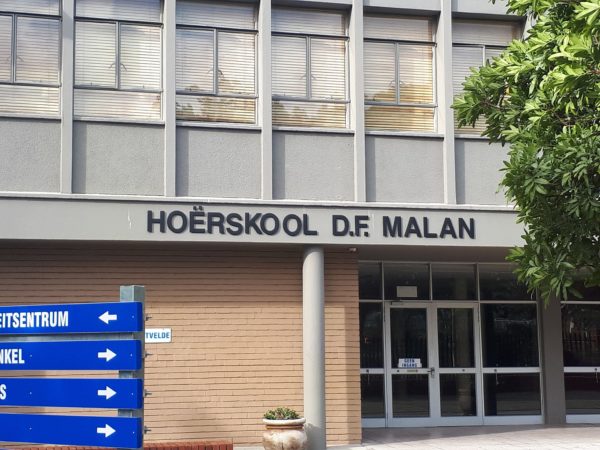 The school governing body (SGB) of Hoërskool DF Malan will be starting a process to change the name of the school.

The Cape Town school has taken on an extensive consultation process with members of the school community, which led to the decision to review the school’s name and the symbolism used by the school, said school governing body chairperson André Roux.

DF Malan, a National Party member, served as prime minister of South Africa from 1948 to 1954. During his term in office, the foundations for apartheid were laid.

“We would like to emphasise that this decision was part of a months-long process of consultation during which all aspects of our school’s identity and future vision were under discussion,” Roux said.

The consultation process showed that while the school valued Afrikaans, it wished to break through the traditional boundaries of the Afrikaans community “by being an inclusive school”.

“The school community has indicated that they would like… to work on symbols that better represent what we stand for in ways that can inspire our community and with which they can better identify. We are therefore now ready to change the name of the school in a way that better symbolises the identity and history of the school,” Roux said.

Western Cape Education Department (WCED) spokesperson Bronagh Hammond said the process to change the name of a school is an SGB decision and is not initiated by the department. The decision needs departmental approval.

“It is therefore the prerogative of a school to make such an application. The WCED has previously communicated to schools that they may make an application to the WCED to change (their names) to one that is inclusive,” Hammond said.

Apartheid’s criminals continue to die before being held to account
3 weeks ago
3 weeks ago
PREMIUM!

Apartheid’s criminals continue to die before being held to account
3 weeks ago
3 weeks ago
PREMIUM!