Counting the costs of Covid-19’s irreversible effects on education

Even small losses in education now will have repercussions well into the future for learners. 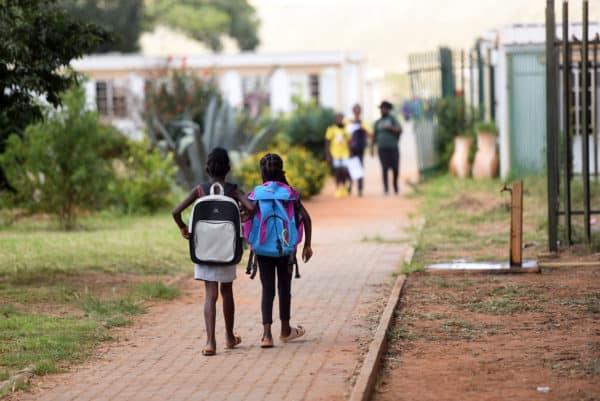 It os essential to remember that learning, especially at foundation phase, is integral for earnings and empowerment. Picture for illustration: Nigel Sibanda/The Citizen

According to the World Bank, lifetime earnings could be as much as 5% lower on average for the world’s youth, due to the effects of the pandemic, a statistics that could be significantly worse for some.

Professor Martin Gustafsson from Stellenbosch University’s economics department confirmed during a media briefing hosted by the Department of Basic Education it was “impossible” to recover the learning lost, and the challenge now was to minimise the losses.

At this point, he said the education system will likely never get back to where it was had there not been a pandemic.

But even small losses now will have repercussions well into the future, which was why it was essential to remember that learning, especially at foundation phase, was integral for earnings and empowerment.

How does SA compare to the world?

Considering the monumental challenges facing developing nations in the pandemic, Africa appeared to have fared better than many nations outside the continent.

This means for every day of contact time lost, 1.5 days of learning are being lost.

How many learners have we lost?

In terms of enrolment numbers, Gustafsson said there was some dispute as to the figures presented by the National Income Dynamics Study – Coronavirus Rapid Mobile Survey (NIDS-CRAM) Wave 4 data when compared to the basic education department’s own preliminary analysis.

The department’s figures indicated learners aged 4 to 6 on 1 January (Grade R and 1) had enrolment rates that were 25,000 lower the year than they should have been, a worrying statistic.

Those above the ages of 15 were less serious, and schools have been particularly accommodating to Grade 12 learners in allowing them to repeat the year, given the difficulties they faced last year.

Are schools safer or more dangerous for transmission?

The results of numerous studies and reviews did not report a significant possible or negative affect to Covid-19 numbers when it came to keeping schools open.

Following the advice of the World Health Organisation’s (WHO) advisory issued last year, the continuity of education for children was integral for their overall wellbeing, but that their health and safety had to be at the forefront of any considerations made.

WHO advised schools remain open, provided safety and surveillance measures were in place.