SA goes to the polls in May: what you need to know

SA's elections have been praised for adhering to international election best practice. But they are not without problems. South Africans queue to cast their vote in a recent election. The country holds five-yearly national elections on 8 May. EFE-EPA/Kim Ludbrook

South Africa holds its sixth national election on May 8, coinciding with the country’s celebration of its silver jubilee as a democracy this year. The poll to choose national and provincial legislators is being billed as the most significant since apartheid ended in 1994. The contest might well be a referendum on the performance of the African National Congress (ANC), which has governed the country with a comfortable majority since then. But the party is mired in corruption scandals and the country’s economy is terribly weak. Thabo Leshilo asked Kealeboga Maphunye to provide some background to the poll.

How many people are registered to vote, and what are their main demographics?

According to the country’s electoral commission, almost 27 million people have registered to vote. But this excludes about 9.2 million eligible voters that are not registered for these elections. Moreover, being eligible to vote merely signals intention, and not necessarily that one will cast their vote on election day.

Altogether, 703,794 new voters have been added to the voters’ roll ahead of the elections. This is normal by South Africa’s election standards, but worrisome because the number of new voters has not been consistent every five years.

Gauteng, the country’s economic hub and its most populous province with about 14.7 million people or (25.4%) of the country’s people, has the highest number of registered voters according to the electoral commission. It is followed by KwaZulu-Natal, with a population of 11.4 million people (19.7%). The Eastern Cape province is third.

Racial politics will undoubtedly influence voting in this year’s elections, but the electoral commission does not collect voting statistics by race. So, the racial breakdown of past and prospective 2019 voters will never be known.

Who are the main contenders?

Altogether, 48 parties will be contesting the elections from the initial 285 parties that had registered for the poll.

The three key contenders are the ANC; the main opposition party, the Democratic Alliance, and the Economic Freedom Fighters, the third largest party in the country based on their national parliamentary representation.

What are the biggest challenges to free and fair elections?

Since democracy in 1994, its elections have been consistently judged to be legitimate, free and fair. Its electoral commission is praised for its autonomy and for conducting elections that are impartial.

But there are problems that threaten this record.

The biggest is the prevalence of political killings, particularly in KwaZulu-Natal, where there has been a history of violence both between factions of the ANC as well as between the ANC and the Inkatha Freedom Party (IFP). Some recent incidents of violence and intolerance were also linked to the IFP-National Freedom Party split.

Another threat is sporadic violent community protests, and the fact that there are “no-go areas” for some political parties in some areas.

Ensuring that the credibility of the polls is not compromised could be undermined on election day if members of the South African Democratic Teachers’ Union are used as election personnel. This has been cited as a problem given the trade union’s alliance with the governing ANC.

The South African Police Service has also flagged ongoing power cuts as a major potential threat to the elections. The country is experiencing continual and intensive electricity shutdowns, as it tries to get its failing public power utility, Eskom, back on its feet. Unless contingency plans are made, thousands of voting stations might be affected during vote counting.

The election results could be disputed and even challenged in court on the basis that they aren’t free and fair if these problems aren’t resolved.

So it’s imperative that the electoral body and all election stakeholders work to ensure that the elections are credible, and reflect the wishes of the majority of the voters. A good place to start would be for the parties to abide by the letter and spirit of the electoral code of conduct they have signed to promote a free and fair contest.

Mashaba doesn't want to be mayor, only wants to keep ANC out of power
3 days ago
3 days ago

Coalitions: Municipalities could 'grind to a halt' if parties delay
6 days ago
6 days ago 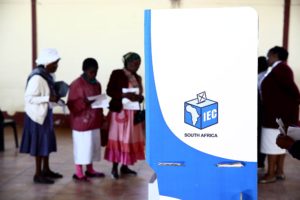 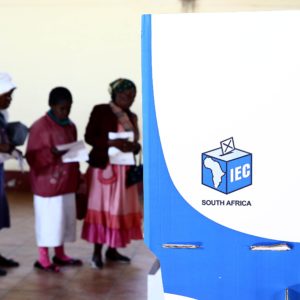 Mashaba doesn't want to be mayor, only wants to keep ANC out of power
3 days ago
3 days ago

Coalitions: Municipalities could 'grind to a halt' if parties delay
6 days ago
6 days ago