‘It was a setup’: Zille backtracks on DA-ANC coalition statement

Zille also claims the audio clip was edited and taken out of context. 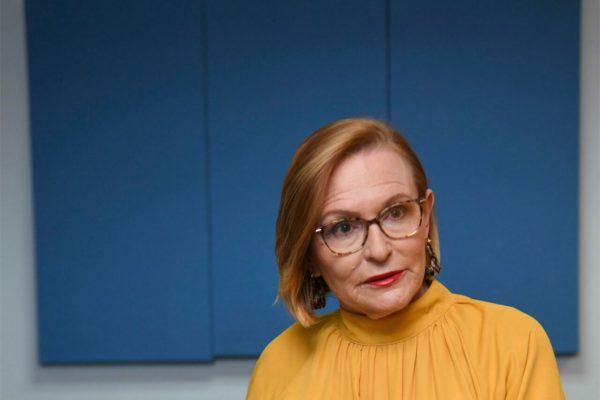 The Democratic Alliance’s (DA’s) federal chair Helen Zille has apparently changed her mind about forming a coalition with the ANC.

In a leaked audio tape from 2019, Zille is heard saying that the DA must consolidate its support at 20% and enter into a coalition with the ANC.

On Monday, however, Zille backtracked on those comments, according to News24.

“We have made it quite clear: we will only go into coalitions with parties who share our core values of non-racialism, constitutionalism and the rule of law, a social market economy and the separation of party and state. It is clear that the ANC under [President Cyril] Ramaphosa has fundamentally failed to advance these values, and the EFF never held those values in the first place,” Zille said.

In the audio clip, Zille says: “I think we need to consolidate the DA around 20%. It’s a bloody strong percentage. We mustn’t try to be populist. We must get people who really understand it, intelligent people to understand the complexity of the argument. Black, brown, white, Indian, whatever.”

“That’s the most powerful part; in the context of coalitions 20% is big. It’s not a one-seat party or two-seat party. It’s a big block,” she said.

Zille then says the DA would consider going into a coalition with the ANC under president Cyril Ramaphosa.

“And then the ANC falls to let’s say get 40%… I’d rather make tough demands on Cyril Ramaphosa’s ANC and force to unite under them. And go into coalition with them… And make strict conditions for them than go into coalition with anyone else. And that I think should be our aim in the next election. We mustn’t try to be a 30% party. We want 20% of South Africans and remember there’s only 8% of white voters. Between 15%-20% that gives us a strong, strong consolidated bloc in coalitions.”

ALSO READ: DA keeps shooting itself in the foot

Speaking to Cape Talk on Tuesday, Zille said the audio clip was edited and taken out of context.

She said the audio was recorded during a meeting with former DA Johannesburg caucus leader Funzi Ngobeni.

She added that the conversation with Ngobeni was “casual” and that they discussed many permutations.

Since the audio was leaked, Zille has maintained that the DA is aiming to win a majority of 50% plus one.

“People hate coalitions. They’ve seen what coalitions have done with their complete instability and the jumping of smaller parties from one side to the other,” she said.