Parties elated ANC has been brought below 50% in some municipalities

While the ANC seemed victorious, despite a drop in votes, ANC election head Fikile Mbalula says the main reason was the low turnout of voters. 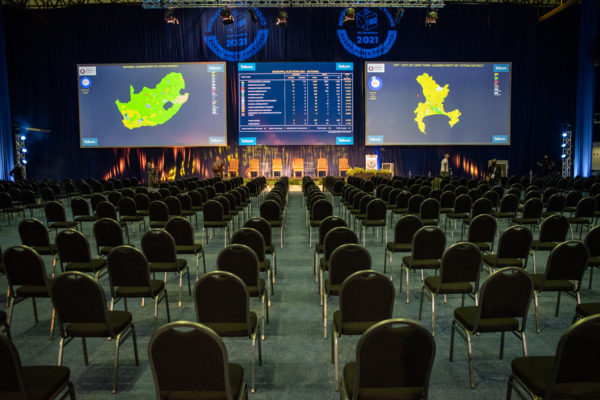 While opposition parties were elated that the ANC had been brought below 50% in many municipalities, despite the ruling party having won most of the 213, parties were planning talks on forming allies for the 66 hung municipalities.

But this resulted in 66 municipalities being hung councils, meaning parties would have to form governing coalitions.

DA leader John Steenhuisen said they were “buoyed” by the election results, stating that where no agreements could be formed, the party was willing to sit in the opposition benches.

“We believe it’s a consolidation that the DA has turned a corner in terms of where we were at and where we need to be and gives a solid foundation to start to build towards the 2024 election with the ultimate goal of bringing the ANC below 50% across the length and breadth of South Africa.”

He said they would be able to form stable coalitions and processes have started.

“Where we cannot, we will go onto the opposition seats like we have in the national assembly,” he said.

But Herman Mashaba’s ActionSA outperformed the EFF in Johannesburg, coming third after the ANC and DA at 16.05%. Johannesburg campaign manager Sarah Wissler said they were extremely proud of themselves, since the party was only a year old. But the party would not be approaching anyone for a coalition.

“We would have wanted 20% instead of 16% but considering the short time that we had to put this whole thing together once they announced the elections, I think we did exceptionally well. The senate is already sitting at the moment and having a chat about what we are doing going forward but we are not calling anyone [for coalitions]. If they want to work with us, they must call us,” she said.

While the ANC seemed victorious, despite a drop in votes, ANC election head Fikile Mbalula says the main reason was the low turnout of voters.

Despite 26.1 million people having registered to vote, only 12 million turned out.

“We chose the wrong time and date. It’s not us but the IEC but they needed to do it. The drop also was also the creeping in of the apathy among our people. The spirit of believing in voting is diminishing among our people. We need to rekindle that and get people voting.”

He said despite their figures dropping, so did those of the DA. The only person who gained was Herman Mashaba, said Mbalula.

“This is a warning for us. If we don’t change – our people would have chucked us out.”