The Young Communist League of Tshwane slated the dismissals as being in retaliation against Mokgalapa for acting decisively on GladAfrica. 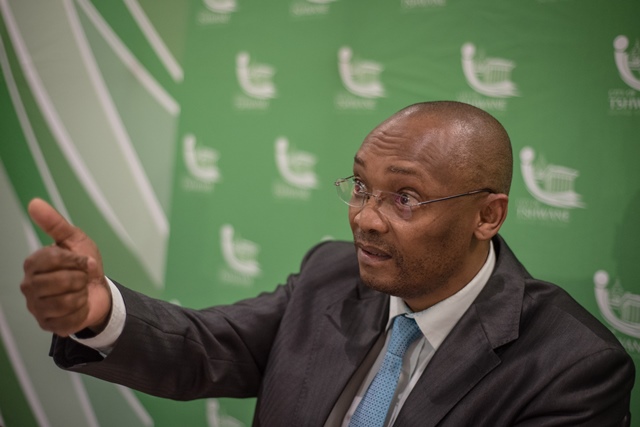 Council and Mokgalapa resolved on Thursday last week that the multimillion-rand GladAfrica deal would be terminated with immediate effect.

The following day, Mosola sent a letter to mayoral spokesperson Sam Mgobozi and head in the private office of the mayor Stefan de Villiers requesting them to vacate their positions with immediate effect.

Their dismissals came after investigations into their irregular appointments last year.

Mgobozi did not possess the required 12 years’ working experience, while De Villiers only had a fitness training certificate for his position, which required a bachelor’s degree. They earned more than R1 million a year.

Last year, Mosola requested the two to furnish reasons why they should not be dismissed.

In a letter seen by The Citizen, addressed to De Villiers on Friday, March 1, 2019, Mosola accused him of giving a “confrontational” response to that query.

“In all the circumstances, we have no option but to advise you that your appointment was contrary to the applicable legislation and collective agreement and that your services are accordingly terminated with immediate effect.”

This decision has been slated by members of the Young Communist League (YCL) of Tshwane as being in retaliation against Mokgalapa for acting decisively on GladAfrica.

The city manager did not fire chief of emergency Previn Govender, who he appointed without the required qualifications.

YCL district secretary Kgabo Morifi said: “He is showing Mokgalapa that he cannot be touched and that [the mayor] should eat from the palm of his hand.

“The mayor should push for Mosola to terminate the contract of Govender with immediate effect, in line with how he terminated the ‘body builder’ and the spokesperson.”

Mokgalapa denied his office was being targeted, stating the process to remove unqualified staff has “been going on”.

“The first of March is a new working day of the month,” he said. “This was done so there is no rollover in the month. It might seem like purging, but it is just a coincidence.”

Meanwhile, Mgobozi’s lawyers wrote to Mosola, putting the blame on the city manager’s office for the irregular appointment.

“Our client cannot be held responsible for your office not complying with its obligation with regards to its appointment policies.”