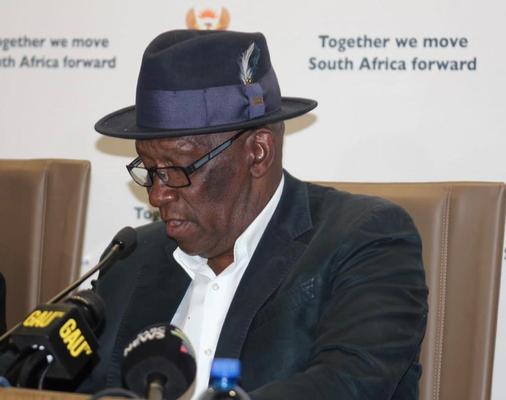 The South African Police Service (SAPS) says a potential crisis has been averted after it signed a procurement contract with a company on Friday to supply a variety of evidence collection kits used in rape cases.

“The supplier will provide 13 different types of evidence collection kits including, Adult Sexual Assault Kits, Paediatric Sexual Assault Kits and Buccal (swab) sample Collection Kits. The first consignment of kits was received yesterday [Saturday] and they are being strategically distributed to provinces today to augment their existing stocks,” SAPS said in a statement issued Sunday.

The statement detailed that a distribution plan had been designed to ensure that there is stock at stations across the country for the next three years.

Last week, the DA’s spokesperson on police, Andrew Whitfield, issued a statement saying there was a shortage of rape kits across South Africa. Whitfield said that 76% of police stations in South Africa did not have adult rape kits, while 69% did not have child rape kits in stock.

Speaking to News24, police spokesperson, Brigadier Vishnu Naidoo said this was not the case.

“At the end of last month a request was made to all provinces to do a physical count to provide figures per province to Head Office.

Whitfield told News24 that the average calculation is misleading.

“I am not working on averages but on specifics. It is simply not acceptable for individual police stations to not have rape kits available. While there may be ‘an average’ of 45 kits they definitely do not exist at each station. Some stations are very rural and it may take hours to get the kits from station to station.”

Naidoo explained that a dispute with the supplier forced the SAPS to cancel their contract after allegations of corruption arose between the supplier and members of the SAPS. Before this, however, the kits were procured at national level and distributed to stations around the country, with the numbers managed on a central database.

“As time progressed we realised that the number of kits were reducing. It was then that the provinces were instructed by Head Office to start procuring these rape kits on quotation basis as and when the need arose pending negotiations for a new supplier.

“Having said this, I can say that service delivery is not compromised. We should start being worried if a complainant came forward to say he/she has gone to a police station to report a case of rape or sexual assault and police is unable to provide the desired service. Thus far we have not had such reports.”

Whitfield said, however, these tender issues have been ongoing since May 2018.

“If a rape survivor arrives at a police station and is forced to wait for a rape kit to be transported form another station I would say that delivery is compromised. This is a time sensitive issue and beyond that it is one of dignity for the victim,” Whitfield said.

“We understood the urgency of this matter and it was corrected with speed. Going forward we won’t put people on the tenterhooks again,” Cele added.

“We take this issue seriously, especially when it relates to crimes against women and children. I stand by statements made in my past budget vote speeches: we will prioritise and intensify the fight against crimes targeting women and children and vulnerable groups,” Cele concluded.