‘A young tree has fallen’ – Ramaphosa on Bavelile Hlongwa’s death

Hlongwa, who was appointed deputy minister of mineral resources and energy in May 2019, died in a car crash on the N1 near Polokwane. 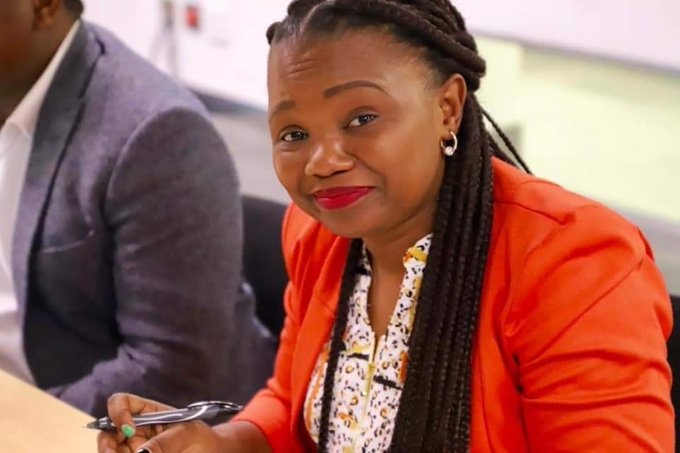 Deputy Minister of Mineral Resources Bavelile Hlongwa tragically lost her life in an accident on Friday 13 September 2019 on the N1 from Polokwane I Image: Twitter

President Cyril Ramaphosa has lauded the work done by the late deputy minister of mineral resources and energy, Bavelile Hlongwa, saying she had had a bright future ahead of her.

“In her, we had planted the first seeds for the future. We knew that we were going to continue harvesting as a country from her talent and commitment. So, in her case, yes, a young tree that had a great deal of promise for the future has fallen,” he said on Friday.

Ramaphosa was speaking at Hlongwa’s home, where family and prominent ANC members including Bathabile Dlamini and Nkosazana Dlamini-Zuma were in attendance.

Hlongwa, who was appointed deputy minister of mineral resources and energy in May 2019, died in a car crash on the N1 near Polokwane. She had stopped to assist another driver.

“She was a real good role model for young people. She was elevated to the NEC [national executive committee] of the ANC because of her talent, humility and of course her qualifications,” said Ramaphosa.

He added Hlongwa had a high level of intelligence, but also understood the needs of ordinary South Africans.

“She had a high level of intelligence, but more importantly just an ability to understand our country, understand the traditions of our people and her dedication to want to serve the people of SA. That is what I found most striking.”

Ramaphosa said from a young age, she had committed herself to serving people.

“And [she] served in a way that would improve the lives of all. For me, it was an absolute joy to listen to her. She had views on everything. Everything we spoke about, she was always the first to speak and as she spoke she articulated progressive things. She also had a deep knowledge of many things she spoke about.”

He said as a team leader her death was a loss to the NEC.

“I knew I could rely on her for incisive knowledge not only in her craft that was minerals and energy, but more broadly politics and matters that affected the youth.”