The department continues to encourage foreign nationals, who are in the country legally, to return to their places of residence. 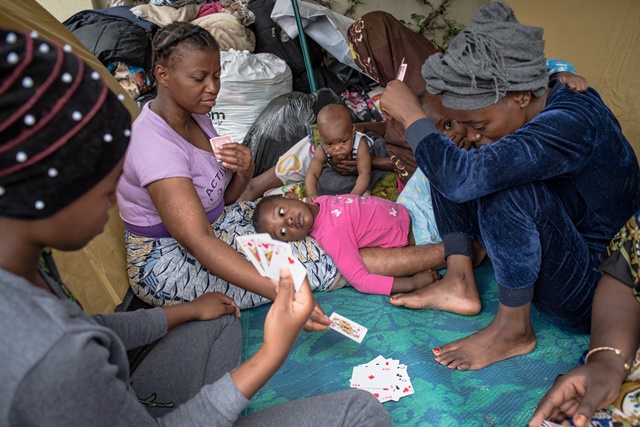 Some of the 620 Refugees from variyng African countries camping outside the UNHCR offices in Pretoria, 1 November 2019. Picture: Jacques Nelles

The department of home affairs has announced it has verified the status of foreign nationals who protested outside the offices of the United Nations High Commissioner for Refugees (UNHCR) in Pretoria in November.

A total of 224 women, 169 children and seven men are being held at the Lindela Repatriation Centre pending a verification process by the department.

In a statement issued on Thursday, it said the foreign nationals have legal status to be in the country.

“Some are documented refugees, while others are documented asylum seekers. The department is encouraging and assisting these foreign nationals to return to their places of residences in South Africa.”

It added the foreign nationals who left the centre had done so out of their own volition.

“The department continues to encourage foreign nationals, who are in the country legally, to return to their places of residence.”

News24 previously reported more than 180 refugees were charged with trespassing after they allegedly forced their way onto the UN property on November 14.

When the police attempted to remove them, they were met with violent resistance.

Gauteng police said 24 police officers were injured during the operation, as many of the refugees had resisted arrest and fought back.

They threw rocks, cans of food, water buckets and other items at police officers, while others sat on the ground refusing to leave.

The group of 189 accused were split into six groups and appeared in the Pretoria Magistrate’s Court.

In a separate incident, earlier this week, the City of Cape Town said it was applying for an urgent interdict to prevent a group of foreign nationals from continuing their “sit-in” at the Central Methodist Mission church and for allegedly flouting health and safety by-laws, News24 reported.

The papers were served at the church on Greenmarket Square on Monday. The papers labelled the operation on October 30, to remove the group from their sit-in close to the Waldorf Arcade, as a “failure”.

This was because the department had not arrived at Cape Town Central police station to start the process of establishing the immigration status of the 101 people arrested as expected.